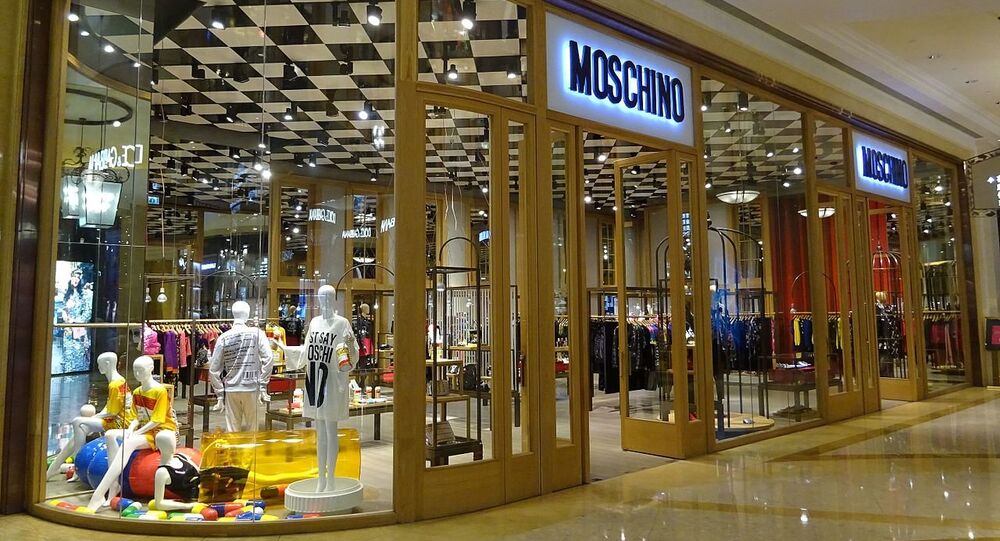 Every year, ahead of the Chinese New Year or Spring Festival, famous designer brands create capsule collections, the main characters of which are the symbols of the coming year. Campaigns like this reflect the importance of the growing Chinese market.

In 2019, images of pigs and their snouts can be seen everywhere — from Swiss watches to bag charms.

© Photo : Burberry/twitter
'Like a Horror Movie': Burberry Mocked for 'Creepy' Chinese New Year Promo Campaign
Despite the decline in Chinese interest in luxury items, this holiday season looks promising for top-name brands. According to LVMH data, luxury handbags and Hennessy cognac are big hits in China. According to the company, sales in the fourth quarter of 2018 exceeded all expectations, especially for high fashion items and leather products, growing 17%.

Gucci is not alone; Moschino has drawn inspiration from the cartoon character Porky Pig, who Warner Brothers introduced in the 1930s. Porky Pig and his girlfriend Petunia Pig feature on Moschino backpacks, sweatshirts and denim jackets.

The Swiss watch company Vacheron Constantin, which is famous for its classic style and elegance, is using the image of a pig on the dial of its limited collection watches dedicated to the new Chinese zodiac sign. Two special editions, in pink gold or platinum, are available, and can be yours for $123,000.

Louis Vuitton has lined up at the trough with a line of accessories including pink scarves featuring abstract images of pigs.

Luxury brand fans on Chinese social media have different opinions about these collections. Some loved the porcine theme, but other not as much:

"These luxury brand designers have a strange appetite for everything weird," said one user.

"Every year, when these limited collections appear, there will surely be those who will say: 'how terrible' and those who exclaim: 'how beautiful'. Only those who thought it was strange would immediately go and buy it; the admirers cannot be seen among the buyers until the end of the year."

In 2019, the Lunar New Year will be celebrated on Tuesday, 5 February with a 7-day long holiday.

Down the Rabbit Hole: 'Luxury' Playboy Club Ready to Storm the Big Apple