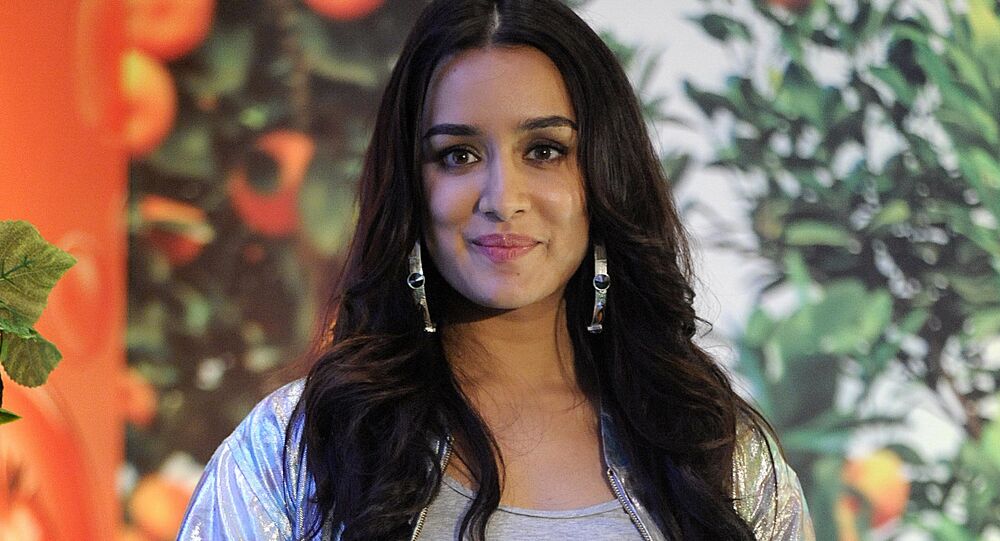 Her attire was part of a calendar shoot done by Indian Photographer Dabboo Ratnani. She has shared her photo on social media drawing criticism from some quarters while receiving praise from others.

New Delhi (Sputnik): Accusing her of "cultural appropriation", Bollywood actress Shraddha Kapoor has received flak on social media from cultural purists for a photo on Instagram showing her donning a Native American headdress.

The posted shot has been criticised for cultural appropriation.

"youre indian indian, theres no need to pretend to be american-indian. cultural appropriation isn't cute", posted a user going by the handle khani.spams.

"Wtf you absolute idiot. Learn the history of what you are wearing. Millions of indigenous people and children were raped killed and abused because of their culture. You do not have the right to wear this to appropriate another culture.

Colonizers tried to erase aboriginal's whole history and identity. You pathetic celebrities think that you can overlook a groups painful history and ongoing struggles for your money. Gtfo this is digusting #culturalappropriation", posted another using the handle "souniay".

It was not all flak for Shraddha. There was praise as well.

"Indian would be so proud….Indian love for Indians. That's cool", commented user so_i_live_flowers on Instagram.

A report in the newspaper The Hindustan Times cited historian Pushpesh Pant justifying the outrage.

"She is trivializing the struggle of the indigenous people. The problem of indigenous people across the world is so acute. These communities have been systematically annihilated. This isn't a calendar dedicated to celebrating the Native American tribal culture. She has only exhibited her illiteracy and indifference with this shoot", said the report.

Meanwhile, photographer Dabboo Ratnani has reportedly said that he did not intend to offend anyone.

"My intention wasn't to hurt anyone. This is not a commercial calendar. It's an art piece. We are not making money by commercialising it. We loved the piece. We didn't make fun of it or disrespect it. We did it in good faith", said Ratnani.