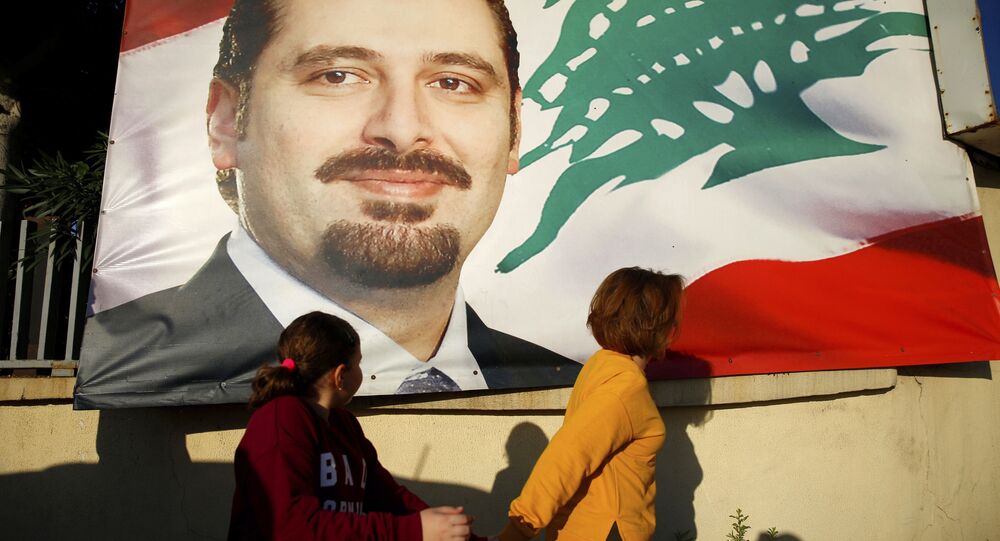 The composition of the new government in Lebanon had been a debated issue since May 2018, with leading political forces arguing over the balance needed in the government to take into consideration the interests of all parties.

Lebanese Prime Minister Saad al-Hariri has announced that a new unity government has been created in Lebanon after nine months of talks. Several days before, Hariri called the government formation a "last chance to settle things".

"I am thankful to everyone who contributed to the achievement of our common goal… We have an extensive agenda ahead of us, we have to protect the economy and the interests of the [Lebanese] people," the prime minister said at a press conference, which followed his meeting with the Lebanese president.

The Lebanese council of ministers announced via its official Twitter feed that decrees on the appointment of a new government had been issued as well.

"Decrees on the appointment of the Lebanese government under the chairmanship of the head of the council of ministers, Saad Hariri, have been issued," the council said.

The deadlock over government formation began in May 2018, shortly after the first parliamentary election to have been held in the country since 2009. During the elections, as many as 976 candidates competed for the 128 seats in parliament, which are distributed according to an ethnic-confessional principle between 11 groups. The vote took place in 15 Lebanese regions.

Following the election, the entire Lebanese Cabinet resigned, but has since continued function in a caretaker capacity.

The prime minister went on saying that the future Lebanese government will not take into account the cost of Syrian refugees' hosting in drafting the country's budget due to a difficult economic situation in the country.

"The financial situation is unacceptable, and the new government will not allocate any financing for tackling the issue of refugees," Hariri said.

Lebanon, with its population of 4 million, has been hosting nearly 950,000 officially registered Syrian refugees, according to UN figures. Various other sources have suggested that, in reality, the number of Syrian refugees in Lebanon could be as high as 1.5 million. The Lebanese authorities have repeatedly said that the influx of refugees had significantly damaged the country's economy and security, calling on the global community to help encourage their return to Syria.