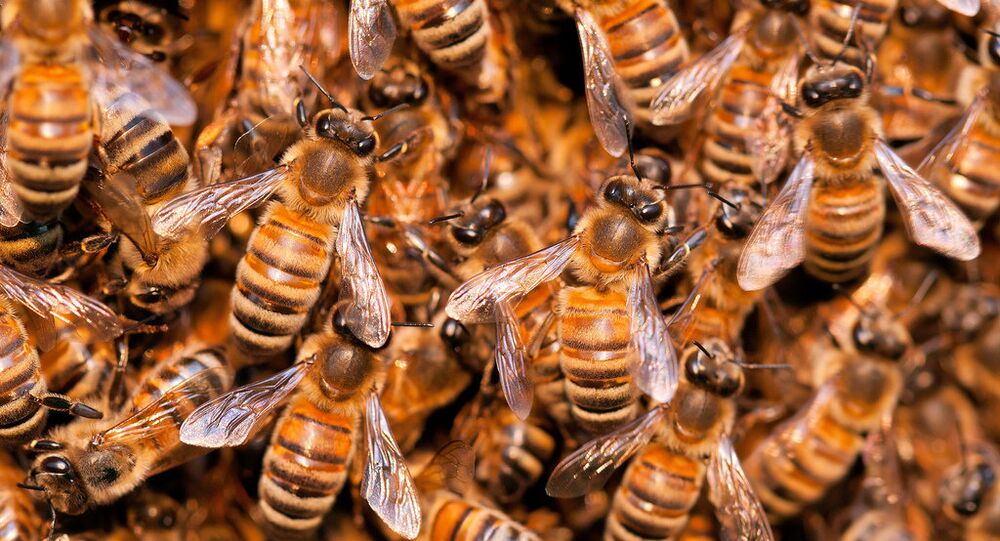 A swarm of bees descended on spectators who had come to watch the match, forcing them to run helter-skelter inside the stadium to save themselves. Former Indian cricketer Rahul Dravid was also seen scrambling to avoid being stung. Stadium officials have washed their hands of the incident, saying it was the fault of a reckless miscreant.

New Delhi (Sputnik): Spectators in Thiruvananthapuram in the southern Indian state of Kerala were greeted by unexpected visitors during a cricket match between India A and English Lions when they were accosted by numerous bees that suddenly appeared in the stadium stands, reported Kerala media house Kaumudi TV.

The game had to be stopped for 15 minutes. Four people had to be rushed to a hospital for treatment.

© AP Photo / Tsering Topgyal
Afghan Cricket Team to Make Test Debut in India
The incident happened in 28th over of the match. The players were safe as the bees did not invade the playing field. Nonetheless, the game was halted. The crowd watching the game was shifted to a different stand.

While confirming that a beehive was within the sports facility, the stadium authorities blamed the mishap on spectator indiscretion.

"It was an unfortunate incident. We had ensured that the gallery where the spectators who sit for watching the match was cleaned ahead of the match. But it was some spectators who went upstairs where they were not supposed to go in the normal circumstances and stirred the hive unknowingly or mischievously", said the report citing the chief operating officer of the facility.