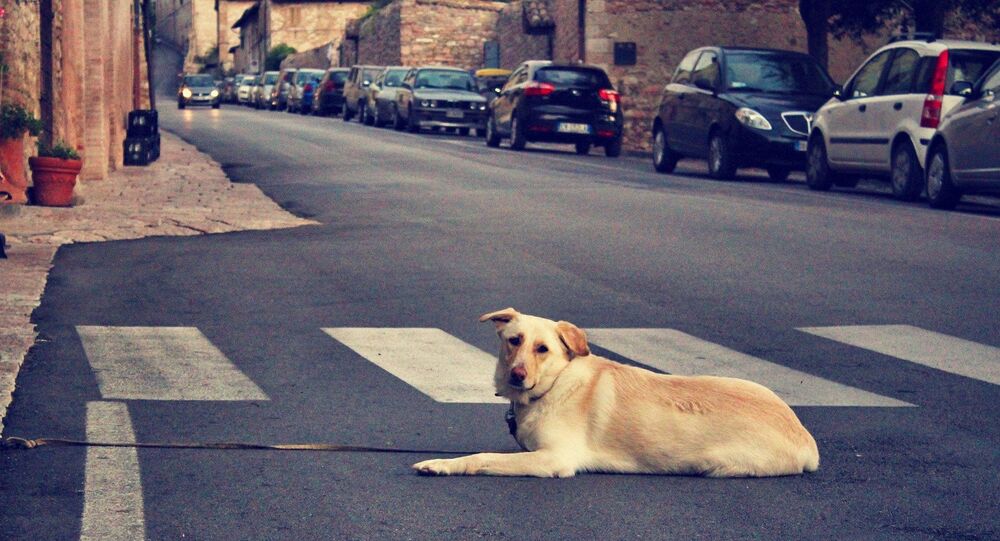 The dogs, golden retrievers, were certified therapy dogs deployed at Mumbai Airport to calm anxiety in passengers plagued by a fear of flying. The ex-employee has denied the accusation against her of stealing the animals, claiming she was their rightful owner. The woman has countered that she has been "mercilessly harassed" over the incident.

New Delhi (Sputnik): A report of a dog abduction was filed at a police station in Mumbai, the financial capital of India, reporting that three dogs belonging to a private firm contracted by Mumbai Airport to provide therapy to distressed flyers were stolen by the company's former employee, says a report in Mumbai Mirror.

Mumbai Airport had engaged a company, Fur Ball Story (FBS) that provides therapy dogs for hire to aid passengers that suffered from flight-related anxieties. The founder of FBS Animesh Katiyar had filed the said police complaint against Arushi Dixit who had been a company employee until November 2018 but also holds 18% equity in the firm.

Animesh had purchased three pups Effy, Hachi, and Oreo and had them trained. Subsequent to the signing of a contract with Mumbai Airport, the dogs were shifted to Mumbai and housed in a flat with Arushi. The Mumbai operations were under Arushi's purvey. She was the tenant on record for the flat where she lived along with the dogs.

As local authorities in Mumbai do not permit dogs to be registered with companies as owners, the three canines were registered under Arushi's ownership.

Last November Arushi was sacked from the company for alleged misconduct and unprofessionalism and the dogs were reassigned to two other company staffers. But the flat where they were being housed continued to have her as the tenant on record.

According to Animesh, she vacated the flat and went off with the dogs and has "adamantly" refused to disclose the new location where they are currently being housed.

Arushi countered that she is being "mercilessly" harassed and asserted that she is the rightful owner of the dogs and has documents to prove this. She announced that she would file her version in a counter complaint against the company's founder Animesh and other partners.

The officer Ramesh Khade at the local police station where the complaint was filed said that the police will decide on a further course of action after they have done a proper investigation into the matter.

Fluffy Tornado: Happy Pack of Retrievers and Other Dogs Leaves Van to Limber Up