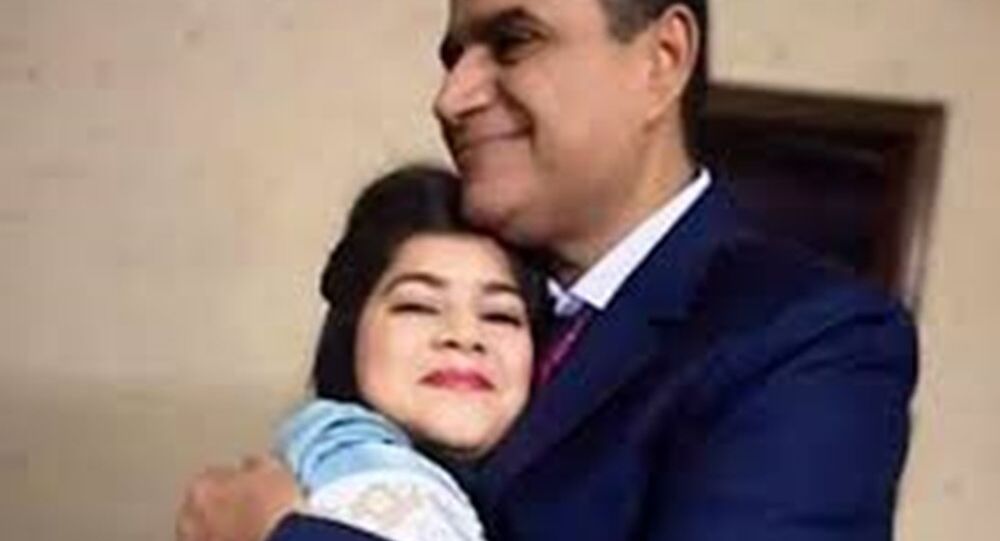 Suman Pawan Bodani, who belongs to Shahdadkot in Sindh province, will be serving as judicial magistrate in her home district.

For the first time in the history of Pakistan, a predominantly Muslim country, a woman belonging to the minority Hindu community has been appointed as a judge of a civil court.

According to Dr Pawan Kumar Bodan, her father, Suman wants to provide free legal assistance to the poor in Qambar-Shahdadkot.

"Suman has opted for a challenging profession, but I am sure she will go places through hard work and honesty", Dr Bodan was quoted by the newspaper The Dawn.

© AP Photo / Pervez Masih
Pakistan Supreme Court to Review Blasphemy Acquittal of Christian Woman
Many on social media commented on the development as a positive direction in the empowerment and equal treatment of religious minorities in Pakistan.

Heartening to see Pakistan allowing minorities to play a role in nation building. I hope this development allows them to revisit their blasphemy laws. https://t.co/0f9uAa39l0

This is my beautiful Pakistan 🙏

What a perfect birth anniversary tribute to Dr Abdus Salam…

The honourable Salam saheb must be smiling today 💚🇵🇰

​Pakistan's first judge from the Hindu community was Justice Rana Bhagwandas, who served as the acting chief justice for brief periods between 2005 and 2007. Hindus make up nearly 2% of Pakistan's total population.

No Bride for the Pakistan’s Tallest Man - Report