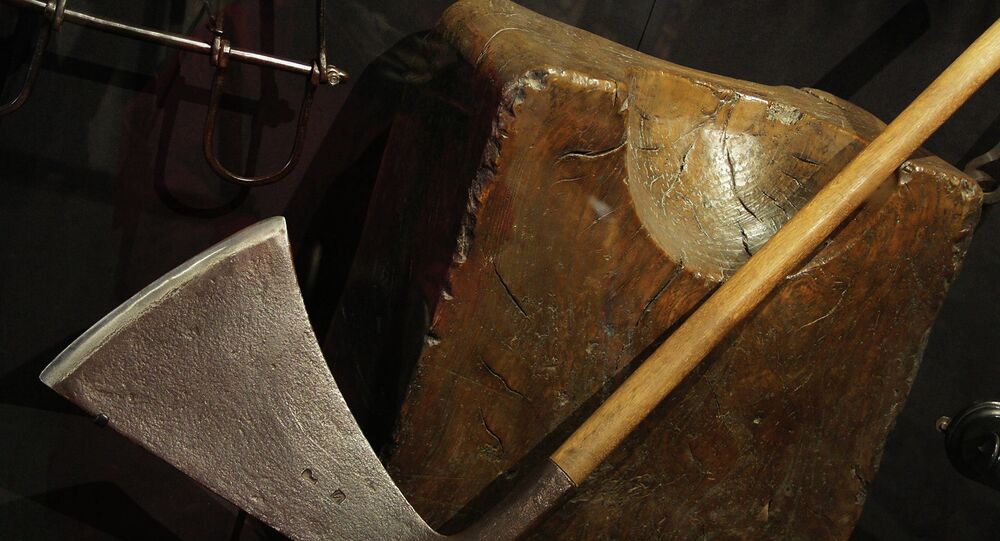 Despite being convicted of the attempted murder of three people, the assailant was sentenced to a maximum of nine years in prison and could be released as early as 2021.

Fresh from a failed Tinder date and allegedly fueled by pain caused by surgery, a transgender woman named Evie Amati went on a rampage in a Sydney suburb, leaving three people injured.

The attack occurred in January 2017, when Amati walked into a 7-Eleven store in Enmore while wielding a 2kg axe, and, after a brief conversation with one of the shoppers, Ben Rimmer, hit him on the head with her weapon.

"She went there to kill. It’s only pure luck that I’m alive and she’s not remorseful. She’s intelligent … calculating," Rimmer said in an exclusive interview with news.com.au website.

I want to tweet about someone with the name #EvieAmati, #transgender axe attacker who split a man's face in half in a horrific rampage at a petrol station after a bad Tinder date, but all the media keep calling this biological man a woman. It's like living in a parallel universe. pic.twitter.com/2EhKWbxC6C

​Amati also attacked another person present in the store, an Enmore shop owner named Sharon Hacker, striking her with the axe before walking out and attacking yet another person, a homeless man named Shayne Redwood.

As the news website points out, an hour before the attack, Amati posted the following message on social media: "One day I am going to kill a lot of people," while also changing her Facebook status to "Humans are only able to destroy, to hate, so that is what I shall do".

After many months of delay, the court finally convicted Amati for the attempted murder of three people and sentenced her to a maximum of nine years in prison (with the minimum sentence being 4.5 years), after her defence claimed that her desire to kill random people was fuelled by the constant pain she was experiencing due to her sex change operation.

Rimmer, however, was less than thrilled with this and started a petition on change.org to have Amati’s sentence appealed and increased.

"She’ll do her time easily and get paroled in mid-2021. It’s played out perfectly for her, perhaps better than she expected," he warned.

WATCH Video From Scene of Axe Attack in Russian School