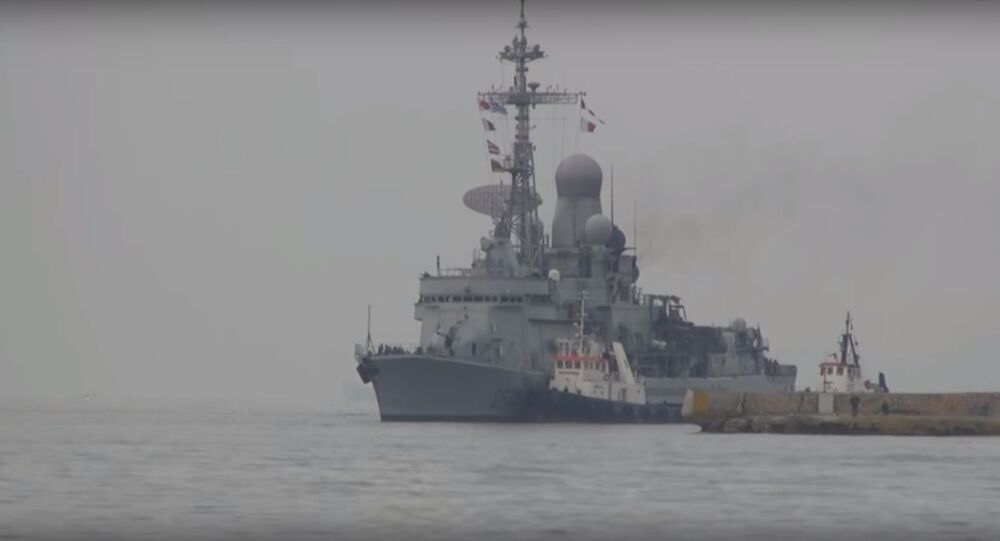 France is considered as an important player in the Indian Ocean region, where India is facing a heightened Chinese presence, according to France's ambassador to India. Beijing has reportedly indicated a strategic shift to curb its troops on land and reallocate resources to its navy and air force.

Within a year of signing a logistic sharing agreement, a French destroyer has docked at the Indian Navy's Mumbai base, putting into operation the implementation of the agreement signed during French President Emmanuel Macron's visit to India in March 2018. This contrasts with a similar agreement signed with the US in 2016 after a decade of negotiations, which New Delhi took more than two years to implement.

The French destroyer Cassard's visit to Mumbai is a mid-way port call; it's scheduled to join the anti-piracy operation Atalanta, which is being conducted by the European Union for maritime security and to fight piracy in the Indian Ocean.

"The French military forces have been supporting the anti-piracy operation Atalanta for a long time," the French ambassador added.

France, which administers territories in the Indian Ocean, is considered an important player in the region, where India is reportedly facing an increasingly assertive China, which recently indicated a strategic shift in its policy to curb it land forces and move resources to strengthen its navy and air force.

"This shift foreshadows a more aggressive military approach of the kind already seen in the South China Sea. It could also force India to give up its fixation on land-based threats and invest greater resources in naval, air, missile and asymmetric-warfare capabilities," Brahma Chellaney, a professor of strategic studies at the New Delhi-based Centre for Policy Research said.

India sees France as a nation which has a large stake in the Indo-Pacific region; its island territories there are home to over 1.6 million of its citizens and its exclusive economic zone spanning 9.1 million sq. km. These can play a crucial role "in ensuring peace, security and stability, and in bringing robust economic growth and prosperity to the region."

At the signing of the logistic sharing agreement, the two countries clearly specified the reason for the collaboration that included China's role in the region.

"France and India have shared concerns with regards to the emerging challenges in the Indian Ocean Region that include: maritime traffic security in the face of the threats of terrorism and piracy, especially in the Horn of Africa; respect of international law by all States, in particular freedom of navigation and overflight," a bilateral document issued after the signing of the agreement reads.

© Sputnik / Vitaliy Ankov
Logistic Sharing Agreement With Russia in the Offing - Indian Navy Chief
Last October, France openly challenged what it described as China's attempt to infringe upon the freedom of navigation and committed that it would send its aircraft carrier to the Indian Ocean in 2019.

"Whenever there are infringements of this fundamental principal of international law, as is currently the case in southern China, we shall make a show of our freedom to act and sail in such waters," French Defence Minister Florence Parly said.

The Indian military establishment thinks that French territories in southern Indian Ocean — the islands of La Réunion, Mayotte, and the French Southern and Atlantic Lands — along with a permanent military presence in Djibouti on the Horn of Africa and in the United Arab Emirates, will support its mission-based deployment at important ‘choke points' on international shipping lines that traverse the Indian ocean.