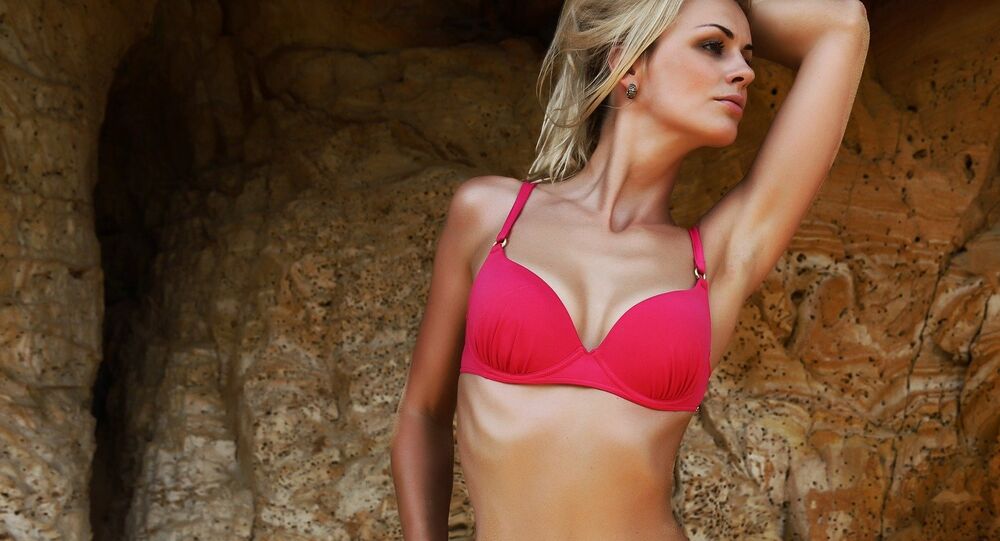 So-called “white monkeys” are working illegally outside major Chinese cities, exhibited to be gawked at and photographed, like a monkey in a cage, according to media reports.

New arrivals in smaller provincial cities appear at bizarre promotional events derisively called “monkey shows”, the South China Morning Post reported. Those whose English is too accented or not fluent enough to teach are taking part in monkey shows in order to provide for themselves.

English-speaking local agents act as intermediaries for the “monkeys” and Chinese clients, for a cut of their fees of 20 to 30 percent. The best agents reportedly also protect their clients from the worst excesses of small-town Chinese businesses, and are often willing to deal with their landlords and banks.

“Most are here on student visas to learn Chinese, but they never go to class,” said Alice, one of those agents, who didn’t want to have her Chinese name published.

© CC0
Catwalk Tragedy: Russian Teen Model Presumably Dies From 'Exhaustion' in China
According to Alice, most of the “monkeys” are either from Russia or Ukraine as they are easier to deal with, less demanding and tougher than Western Europeans or Americans.

“Chinese want the most foreign-looking foreigners possible – dark eyes and dark hair are a no-no. Sharp facial features are no good, either. They want tall, with white skin, blond hair, blue eyes, and a round, cute face. Muscles are very good – there are many topless jobs for guys with good muscles,” she said.

The baring of flesh is usually rewarded with extra cash. While the standard pay for a show is between 800 and 1,000 yuan ($117 and $147), a girl in a bikini or a topless guy could earn an extra hundred or two. The models aren’t required to do much apart from being foreign – either stand still for as long as five hours or do catwalks on the stage. A really popular foreigner can make more than 20,000 yuan a month, and a dancer or a musician even more than that.

Usually, they are hired by Chinese companies to do promotions for their new products. The events usually take place in shopping centres. Real estate developers also like to have foreigners “exhibited” at their activities when they are promoting new property projects, according to Alice.

While in Beijing or Shanghai such “exhibitions” would look ridiculous, in the Chinese provinces tall, blond foreigners – women in high heels and men in suits –are impressive, and locals will queue up to take selfies with them.

“Plastic surgery companies who do vaginal rejuvenation procedures need male foreigners for their promotional activities. This is happening all over China now. It’s a big business. One operation costs a few hundred thousand yuan,” Alice told the newspaper.

Alibaba Group
WATCH: China’s ‘FashionAI’ Learns Styles, Suggests Clothes Pairings as You Shop
Muscular foreign male models are also expected to walk a catwalk topless at these events, and to play “sexual games.” For example, the MC during a show might choose a woman to join the model on stage. Then they will be given balloons to burst by using different sexual positions. For example, the woman may bend over holding a balloon against her buttocks, and the male model will burst it by grinding his pelvis into it. Or a male model would lie on the floor and a woman would be asked to show how she would seduce him.

“You must remember that you get all the attention purely because of the colour of your skin. It has nothing to do with your acting ability or personality. Most monkeys are very aware of this,” Dimitri, one of the former “white monkeys”, told the newspaper.

Dimitri said that he has done all kinds of roles: pretended to be a German doctor promoting Swiss cosmetics; pretended to be an Italian luxury bag designer selling his creations. The weirdest gag for him was a vaginal rejuvenation promotion where he and two Italian “monkeys” had to do “weird sexual games with the balloons.”

“Nothing naughty took place, but I got my butt pinched in the evening a few times when the ladies got a bit drunk,” he recalled with a laugh.

The ‘monkey business’ is slowly declining, according to the South China Morning Post, as the authorities’ enforcement of labour and immigration laws is becoming increasingly strict. Most of the “monkeys” are working illegally, and as soon as they are apprehended, they have their visas cancelled and are given a few days to leave the country.

'Naked Photos Sent From All Over Country': How Soviet Fashion Magazine Was Made