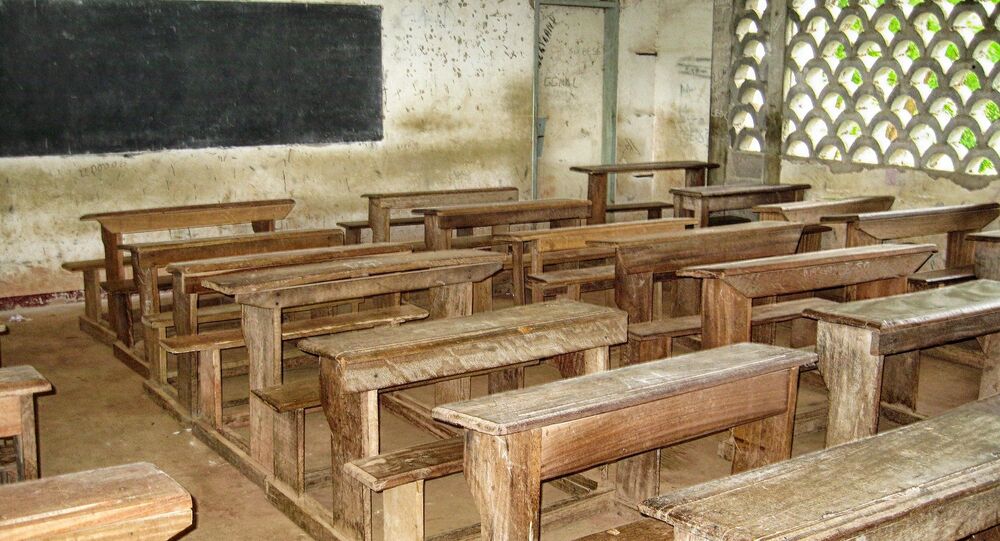 Waseem Rizwi, the chairman of the Shia Waqf Board in Uttar Pradesh, in a letter addressed to Prime Minister Narendra Modi on Monday sought to warn the Indian establishment of Daesh spreading its tentacles across the region by indoctrinating children of school-going age.

A prominent Indian Muslim cleric, Waseem Rizvi, has demanded a complete ban on Muslim educational institutions (madrasas) in the country, contending that these institutions have become propaganda machinery of Daesh.

"If madrasas are not shut down, the ISIS (Daesh*) influence will grow and in 15 years more than half the Muslims in the country will be influenced by their ideology", Rizvi warned in his letter.

UP Shia Waqf Board Chairman Waseem Rizvi writes to Prime Minister Narendra Modi asking him to shut madrasas across the country as ISIS ideology is being promoted there to influence the students. (pic 1- File pic of Wasim Rizvi) pic.twitter.com/uAyL1cVGxJ

The Shia cleric cautioned in his letter that Daesh is a dangerous terror organization and is trying to indoctrinate children, to spread its influence in all Muslim-majority areas of India.

"I suggest that all madrasas be shut down and children be sent to regular schools, if after passing high school a student wants to pursue religious studies, he/she can do that", the letter further reads.

"We have been witnessing a huge number of supporters of Islamic State in Kashmir. Islamic State have been providing financial support to Islamic educational institutions to wean away students from other religion", Rizwi claimed.

This is the second such letter from Rizvi to the Indian prime minister. In an earlier letter written last year, Rizvi demanded shutting down of all Islamic educational institutions in the country.

The Waqf board is a legal body responsible for the management, upkeep, preservation, and utilization of properties donated or constructed by Muslim leaders or people from the community for public use. The Shia and Sunni sects have different Waqf boards in India.

The Shia sect constitutes around 25% of India's Muslim population and holds different views from those of Sunnis on most issues.