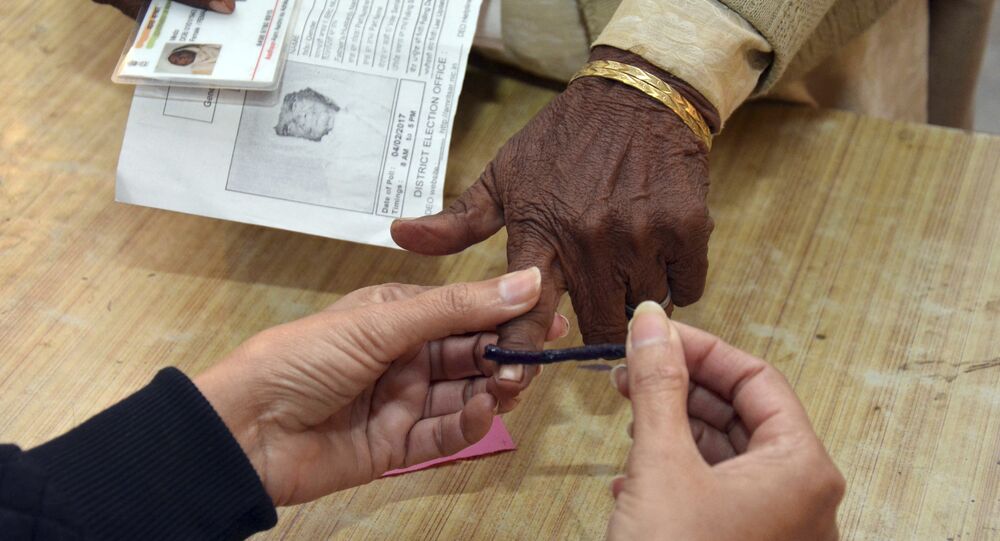 US-based cyber technician Syed Shuja who claims to have worked for the Electronic Corporation of India Ltd (ECIL), the manufacturer of Electronic Voting Machines (EVMs), addressed the media in London, claiming that EVMs used during the 2014 Indian general elections had been tampered with.

The Election Commission of India (ECI) has strongly refuted claims of a US-based hacker that India's 2014 general elections were rigged. Syed Shuja, a US-based cyber expert who claims to be part of the team which designed (Electronic Voting Machines) EVMs used in India, spoke to the press in London through video conferencing and made several explosive claims regarding alleged EVM tampering during the 2014 elections, state elections and the deaths of Union Minister Gopinath Munde and journalist Gauri Lankesh.

The ECI has written to the deputy commissioner of Police in New Delhi requesting to register the complainant and take action against Syed Shuja.

Election Commission of India (ECI) writes to Delhi Police requesting it to lodge an FIR & investigate properly the statement made by Syed Shuja yesterday at an event in London claiming to demonstrate EVMs used by ECI can be tampered with pic.twitter.com/Fgdn7Ys4zY

​"These EVMs (used in Indian Elections) are manufactured in Bharat Electronics Ltd. & Electronics Corporation of India Ltd. under very strict supervisory and security conditions. There are rigorous Standard Operating Procedures observed under the supervision of a committee of technical experts constituted in 2010", the ECI claimed, issuing a press release.

© Sputnik
India’s Election Machinery is Impregnable – Chief Election Commissioner
While the death of Gopinath Munde was attributed to cardiac arrest, Lankesh was shot in cold blood in front of her home in Bangalore.

Shuja has claimed that Munde was killed because he knew that EVMs were being rigged and Lankesh was slain because she was about to publish a story on EVM rigging. And also because she filed an RTI to find out who manufactured the cables used in the EVMs.

The Narendra Modi-led government has rubbished the claims, describing it as part of a plot by the opposition to malign the image of the governing alliance.

Supreme Court had dismissed the petition on reverting back to paper ballots. Congress does not have faith in Supreme Court. Congress spoke against SC verdict on Rafale. They brought impeachment motion against CJI and later withdrew. Congress is trying to destroy institutions. pic.twitter.com/7Gp0AFhgNs

Notably, a senior opposition figure, Kapil Sibal, was also spotted at Shuja's London press conference. Shuja made sensational claims that the Congress Party lost 201 seats in the 2014 general elections due to EVM tampering.