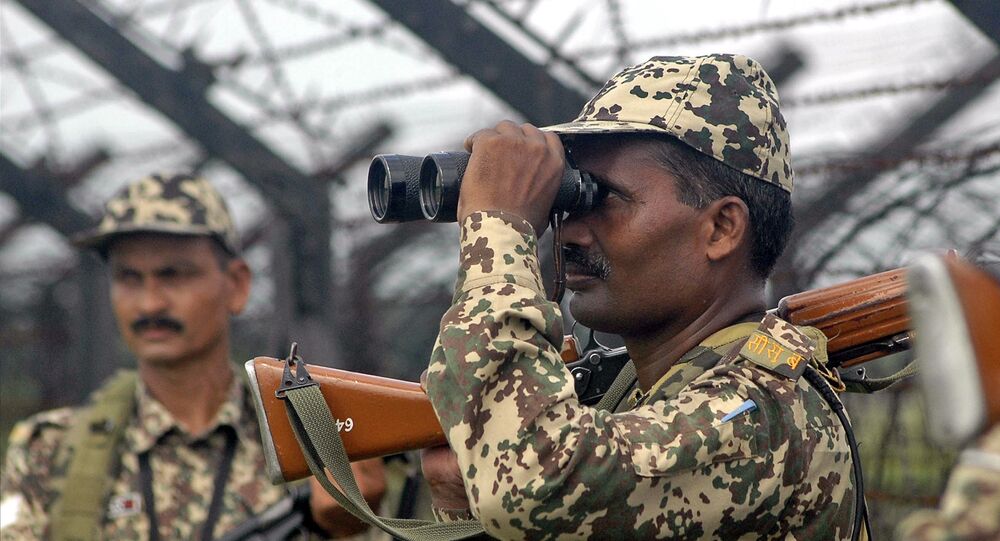 Each side accuses the other of perpetrating the influx of refugees across their respective borders. Some 31 Rohingyas are currently at Zero Line on the international border.

India's Border Security Force (BSF) and Bangladesh's Border Guards (BGB) are at loggerheads over the influx of Rohingya refugees with the buck being passed back and forth as to which country the refugees have been pushed from, reports English newspaper The Indian Experss.

Some 31 Rohingya Muslims have been stranded in no man's land since Friday at Zero Line along the India-Bangladesh international border in India's northeastern state of Tripura.

Rohingya muslims are originally from Myanmar, which they fled owing to inter-religious conflicts in 2017. Presently, over 1.1 million Rohingya reside in Cox's Bazar refugee camp in Bangladesh. An estimated 40,000 Rohingya have taken refugee in states like Jammu and Kashmir, West Bengal, Telangana of the Indian federation. Less than 15,000 are registered with the UN High Commissioner for Refugees.

"The BSF and BGB will hold a meeting today as 31 Rohingya Muslims are holed up behind the barbed wire fencing along the Bangladesh border in the northeastern Indian state of Tripura", BSF sources told Sputnik.

"A meeting between the sector commanders of BSF and BGB is likely to be held tomorrow over the 31 Rohingya Muslims", Brajesh Kumar, Deputy Director General of Border Security Force told reporters on Sunday.

Brajesh Kumar said that the Rohingyas were now staying behind the India-Bangladesh fencing at Rayermura near Tripura's capital Agartala and BSF has been providing food to them. Among those stranded are 9 women and 16 children.

Meanwhile, a blame game is going on between the border guards of the two countries over the 31 Rohingya Muslims.

Bangladesh border guards have alleged that the Indian border guard, BSF have been pushing Rohingyas into Bangladeshi territory, which has been denied by the BSF.

"On Friday night, a Lieutenant Colonel from BGB informed BSF Commandant Ratnesh Kumar over the phone that they have detained the 31 Rohingyas along the International Border. The BGB insisted that the BSF take them inside the India-Bangladesh border fencing", read a statement from the BSF according to media reports.