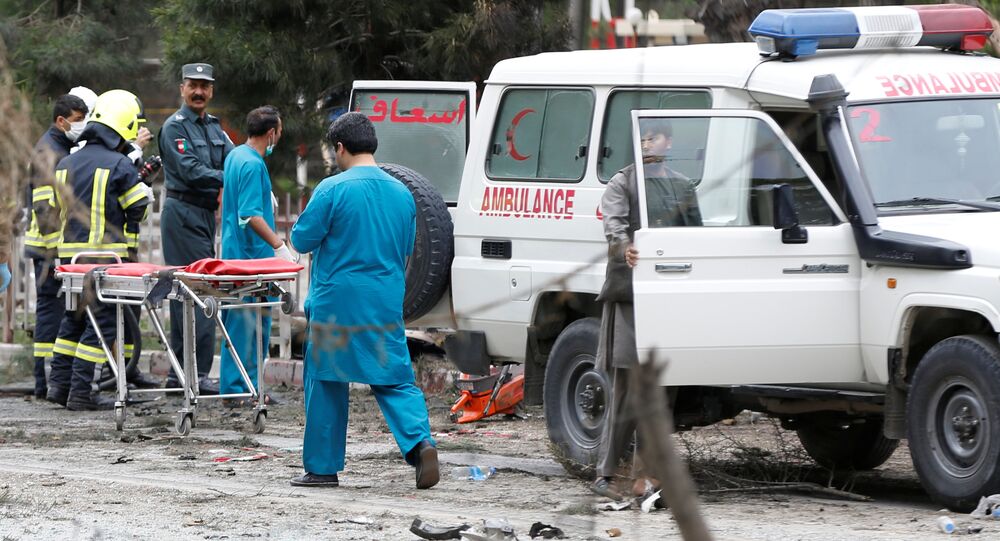 MOSCOW (Sputnik) - A car bomb explosion occurred on Monday close to an Afghan Special Forces' base in the central province of Wardak, the TOLOnews broadcaster reported, citing local authorities.

A total of 126 members of Afghan security forces were killed in an attack by Taliban radical movement militants on a military compound in the central Wardak province Monday, Reuters reported citing a senior Defense Ministry official who wished to remain anonymous.

Earlier the same day, Xinhua reported that the attack on the Afghan security forces' base in the city of Maidan Shahr in the Wardak province of central Afghanistan killed at least 18 people and injured 27 others.

The bomb went off at about 7 a.m. local time (02:30 GMT) in the city of Maidan Shahr, according to the TOLOnews broadcaster.

The provincial governor's spokesman, Rahman Mangal, said earlier that there had been casualties as a result of the blast, but he could not provide exact data at present.

The Taliban* movement has already claimed responsibility for the blast.

© AP Photo / Aaron Favila
US Discusses Possibility of Keeping Bases in Afghanistan With Taliban – Report
A day earlier, as many as eight people were killed and 10 others were injured as a result of a militant attack on a convoy of vehicles carrying the governor and other senior officials from Afghanistan's central province of Logar, according to the Khaama news agency.

The Taliban is a major force fighting Kabul for control of the country. The group managed to seize power in the middle of the 1990s before being overthrown in 2001.

Afghanistan has long been suffering from an unstable political, social and security situation due to the activity of various terrorist and radical groups. The Afghan National Defence and Security Forces, supported by a US-led coalition, have been conducting joint offensive operations to combat terrorism across the country.