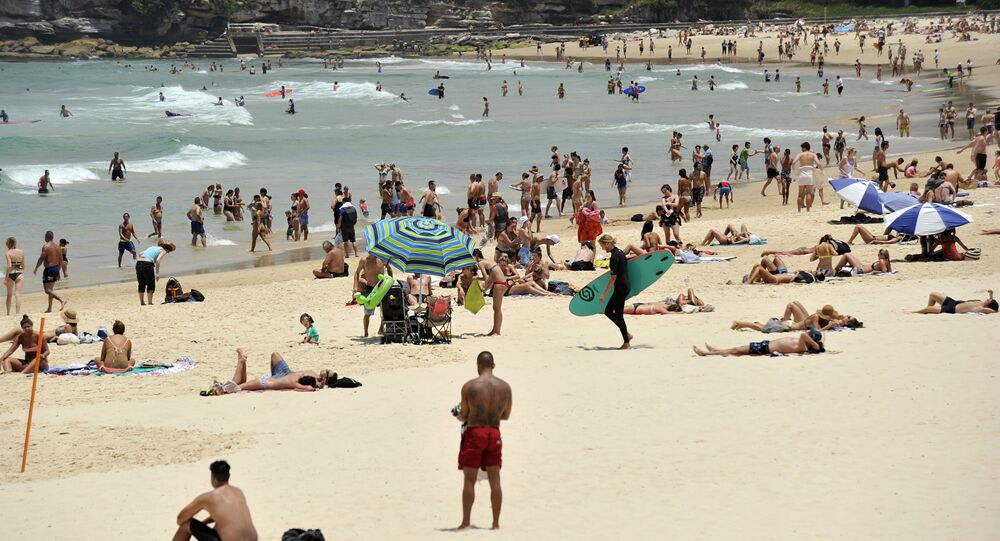 Record high temperatures in parts of Australia, including the states of New South Wales and Victoria, resulted in melting roads, the death of animals and outbreaks of fires.

Australia has been suffering from a heatwave this week, breaking temperature records, with the city of Port Augusta, situated in the state of South Australia, experiencing daytime temperature highs of 48.9 degrees Celsius on Tuesday.

Temperatures have been above 40C for six days in a row across the state, and Australia's capital, Canberra, has also been suffering from intense heat, with temperatures of over 40C reported for four consecutive days.

Australia is struggling with the worst heat wave in the last 80 years — and has been going on for seven days. 49.1 degrees Celsius (120.38 F.) Tires and roads melted in the heat wave in Australia.
This is what happened to a car tire in 49 degrees Celsius: pic.twitter.com/JPg5DOsCas

​The heat has seriously inconvenienced locals and even resulted in injuries to both people and animals; gardeners burned their hands when picking up equipment that was left outdoors.

​An Australian worker cited by The Guardian said the conditions have been "like hell".

​Moreover, fish deaths were reported this week due to the climate. This is the first time in some 80 years such high temperatures have been recorded in the state, according to the Daily Mail.