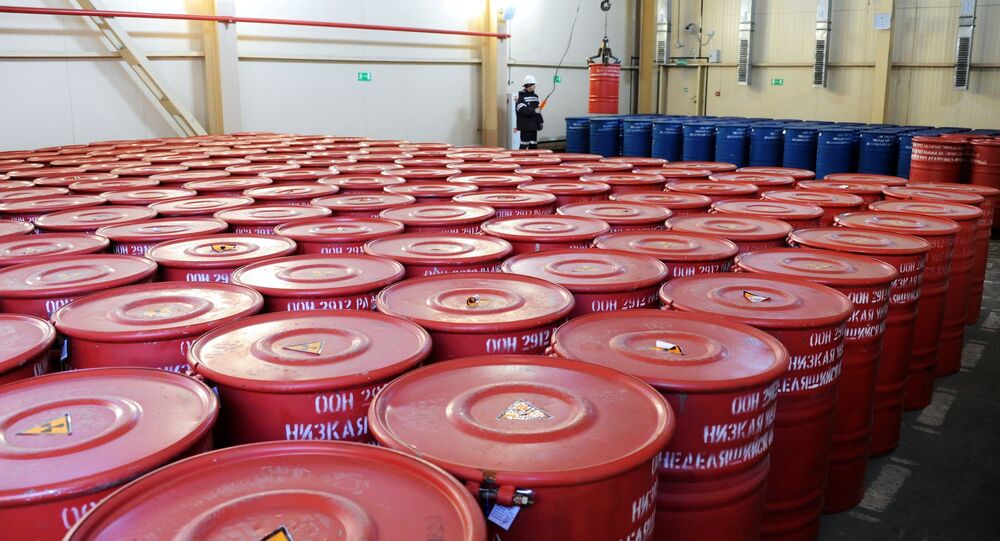 India’s Department of Atomic Energy plans to stockpile 15,000 tons of uranium for the country's 22 nuclear power plants to handle normal operations and prepare for contingencies.

"Both leaders witnessed the exchange of contract papers between the Department of Atomic Energy from India and the Novoi Minerals and Metallurgical Company from the Republic of Uzbekistan for a long-term supply of uranium ore concentrate for India's energy requirements," a statement issued by India's Ministry of External Affairs reads.

India seeks to build strategic uranium reserves in the country for its power reactors.

Sources told Sputnik that a similar kind of agreement is also being negotiated and planned with other CIS nations. Modi's government has already signed agreements with Namibia and Mongolia in a bid to bolster the country's supply of uranium.

© AFP 2021 / FARS NEWS
India Aims Tenfold Jump in Uranium Production to Fuel Ambitious Energy Target
Presently, India imports the majority of its uranium from Russia, Kazakhstan and Canada. Data presented by India's Department of Atomic Energy in Parliament on 19 December 2018 showed that Russia will be supplying about 56.67 metric tons of uranium between 2018 and 2020, while Kazakhstan supplied 1500 metric tons in 2018 and is expected to supply a similar amount in 2019.

Moreover, the Indian government has taken measures to augment domestic uranium production by state-of-the-art, integrated multi-disciplinary explorations in several prospective geological locations in various parts of the country, where it expects to open new mines and processing facilities.