That's good for a 35.64 percent jump over the 2018's monthly average of approximately 620 weapons deployed, according to Sputnik's calculations of AFCENT's data.

The 841 munitions dropped by US and NATO forces in Afghanistan that month were more than double the number of weapons aimed at targets during the same month the year prior. In November 2017, 352 munitions were dropped — and this still dwarfed the 92 bombs dropped in Afghanistan over November 2016, one of the last months of US President Barack Obama's administration.

The number of weapons released from remotely piloted aircraft and conventional strike aircraft in November was matched only by September's count; November and September were the only months in 2018 in which more than 800 munitions were released. Data for December hasn't been published.

"The Pentagon loves aircraft carriers because they are mobile and because they carry a LOT of airpower, which has become the backbone of combat ops," Leah Bolger told Sputnik via email on Tuesday. Bolger retired from the US Navy in 2000 at the rank of commander. She currently serves as chair of the Coordinating Committee of World Beyond War.

According to Business Insider, AFCENT released the bombing data to the public on Friday. (The White House's announcement of 80 troops being deployed to Gabon in Central Africa in response to concerns of violence in the Democratic Republic of the Congo also occurred late on a Friday night the week prior.)

It's far from clear that airpower campaign is working. A wealth of the data about what's happening in Afghanistan suggests the airpower component of the US' South Asia strategy has not yielded the results hoped for by US generals. First announced by US President Donald Trump during an August 21, 2017, speech at Fort Myer in Arlington, Virginia, the commander in chief continued America's foreign wars after receiving advice from his generals at presidential retreat center Camp David in Maryland.

Afghanistan's security situation has not improved. The recent round of elections in the country was one of the bloodiest ever recorded by the United Nations, Sputnik reported. 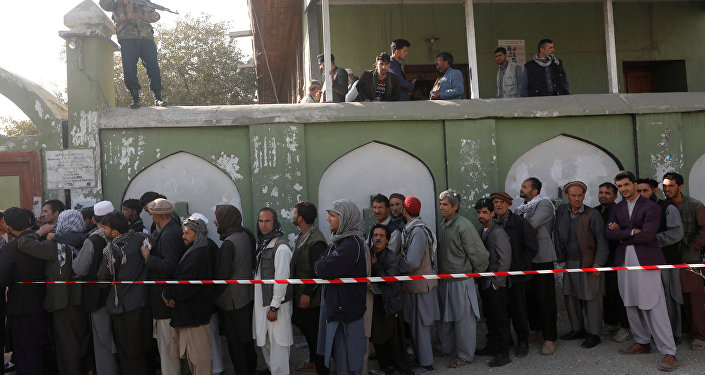 And the military campaign has come at quite a cost to Americans as well. "We spend in Afghanistan more in one month than what we're talking about for the wall. Think of that. OK? That's another way. We spend in Afghanistan more money than most countries spend, except a few. Okay? It's ridiculous," Trump said January 2, referring to the $5.6 billion he wants to build a wall on the US border with Mexico.

Even Pentagon officials have privately acknowledge that Afghanistan remains dangerous despite years of so-called stability operations. According to Bob Woodward's book "Fire and Fury," then-Defense Secretary James Mattis once told former White House Press Secretary Sean Spicer that if he refused to stop asking the retired US Marine general to go on popular TV talk shows he was going to send him to Afghanistan.

"Sean, I've killed people for a living. If you call me again, I'm going to f**king send you to Afghanistan. Are we clear?" Mattis told the beleaguered spokesman. Spicer, 46, is a US Navy reservist.

"The bottom line is that the War in Afghanistan is all but lost; we just haven't accepted it yet. The Taliban contests a more significant portion of Afghanistan than ever before," US Army Major Danny Sjursen said in an early-November interview with Fault Lines on Radio Sputnik.

After Mattis resigned last month, Trump said the retired general had few, if any, successes to speak of in Afghanistan. "What's he done for me? How has he done in Afghanistan? Not too good; Not too good. I'm not happy with what he's done in Afghanistan, and I shouldn't be happy. But he [Mattis] was very happy. He was very thankful when I got him $700 billion and then the following year $716 billion. So, I mean, I wish him well. I hope he does well. But as you know, President Obama fired him, and essentially so did I. I want results," Trump said January 2 during a Cabinet meeting.

© AP Photo / Ted S. Warren
What You Need to Know About US Secretary of Defence Mattis' Replacement Shanahan

Some members of the press were allowed to attend the full January 2 Cabinet meeting, which featured aides saying nice things about the president and the administration. Trump noted that the US is in negotiations with the Taliban, but otherwise he failed to say anything positive about what the Pentagon's accomplished in Afghanistan.

"A big part of my campaign: I want to bring our troops back from the endless wars. We have endless wars. They've been going on for 19 years in the area," the president said.

He noted that Daesh (ISIS) and the Taliban are fighting each other in Afghanistan. "‘Why are we getting in the middle of it?'" he recalled asking of US generals involved in the fight in Afghanistan. "I said, ‘Let them fight. They're both our enemies. Let them fight.' ‘Sir, we want to do it.' They go in, and they end up fighting both of them. It's the craziest thing I've ever seen. I think I would've been a good general, but who knows," he said.

"But you know what? These are two enemies that are fighting against each other, and we end up going in and fighting. And what are we doing?"