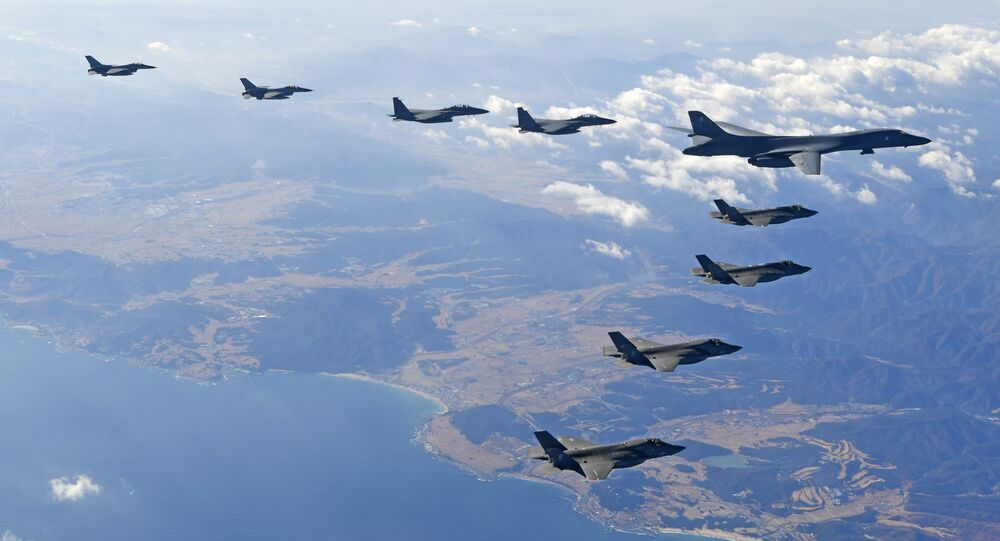 "In order to eliminate military hostility between North and South Koreas in a fundamental way and turn the Korean Peninsula into a lasting and eternal peace zone, it is necessary to abandon conducting military exercises with foreign forces because North and South Korea agreed to follow the path of peace and prosperity," Joong said at a dinner marking the occasion of the New Year at the Embassy of the Democratic People's Republic of Korea in Moscow.

Joong went on saying that it was also necessary to abandon foreign strategic weapons on its territory.

The ambassador stressed that multilateral negotiations should be conducted with the aim to establish a system of peace on the Korean Peninsula through close cooperation with the countries that had signed an armistice agreement.

Pyongyang was ready to establish new relations with the United States in accordance with the spirit of the era and wishes of the people, the diplomat noted.

He further added that North Korean leader Kim Jong Un in his New Year's speech declared his readiness to meet with US President Donald Trump once again.

The situation on the Korean Peninsula has improved since the beginning of this year. During this time, North Korean leader Kim Jon Un and South Korean President Moon Jae-in have held several meetings, while Kim even had a historic summit with US President Donald Trump. This summit yielded an agreement stipulating that North Korea would make efforts to promote the complete denuclearization of the peninsula in exchange for the United States and South Korea freezing their military drills as well as the potential removal of US sanctions.