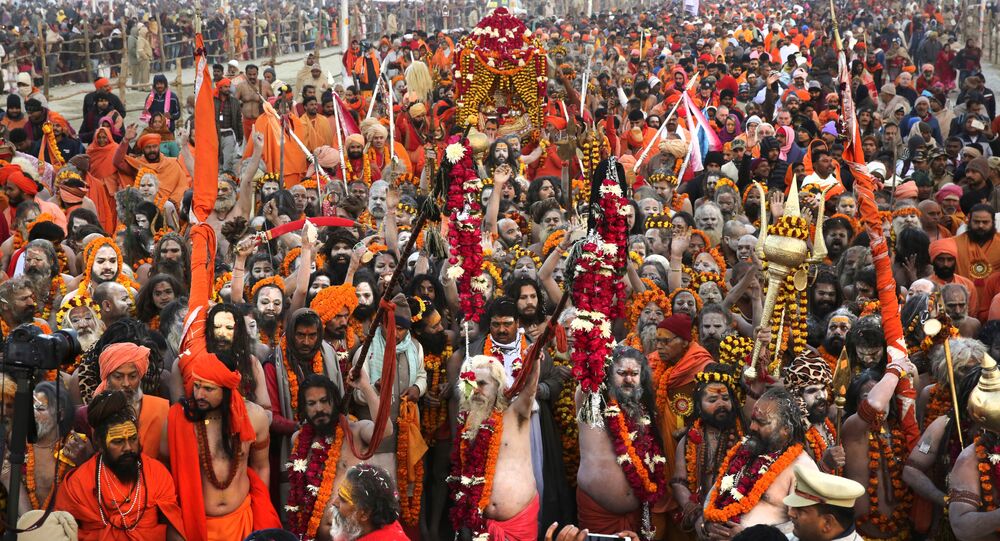 According to Hindu beliefs, a bath at the meeting place of three Holy rivers washes off one's sins. In the year 2017, UNESCO designated Kumbh Mela as an "Intangible Cultural Heritage of Humanity".

Kumbh Mela, which will be held from January to March, will witness devotees from across the world descending on Prayagraj and gather at the "Sangam" (amalgamation), a place where the rivers Ganga, Yamuna and the mystical stream Sarasvati merge into one. Home to around 120 million pilgrims until March, the globally famed Hindu religious gathering has kicked off in the city of Prayagraj in Uttar Pradesh state in India. The president of India, Ramnath Kovind, was among the first to welcome the world to the Kumbh venue.

The state government of Uttar Pradesh has made elaborate arrangements so that things go smoothly.

The religious congregation in Kumbh mainly consists of the sages, or Sadhus as they are known in Hindi. Sadhus belonging to various sects and denominations come in large numbers in traditional fervour with the striking entourage of the royal procession.

​Smeared in ash and with vermilion on their forehead, they take a dip in the river seeking penance.

Apart from the sages, Hindu devotees, eunuch fraternities and families from across the world flock the place for peace and "Moskha" (meaning redemption).

The genesis of this ritualistic gathering is the belief that in the battle between the good and the evil, goodness was represented by Lord Vishnu, one of the Gods in the Hindu Trilogy. Vishnu, while fighting the evil one, snatched the pitcher full of Amrit (nectar of life) from the demons and as he flew back, he dropped four drops of Amrit in the four cities of India at Prayagraj, Nasik, Haridwar and Ujjain. Once every three years, a Kumbh Mela is held in each city on a rotational basis and thus every city hosts Kumbh Mela once in 12 years.

The logistics are in place to ensure a comfortable stay for the guests and devotees. A new airport was constructed by the state government to ensure safe travel for tourists who wish to travel by air to witness or participate in the occasion.

Of the four locations of Kumbh Mela every three years, the Prayagraj edition of the Mela is considered to be the most mammoth.