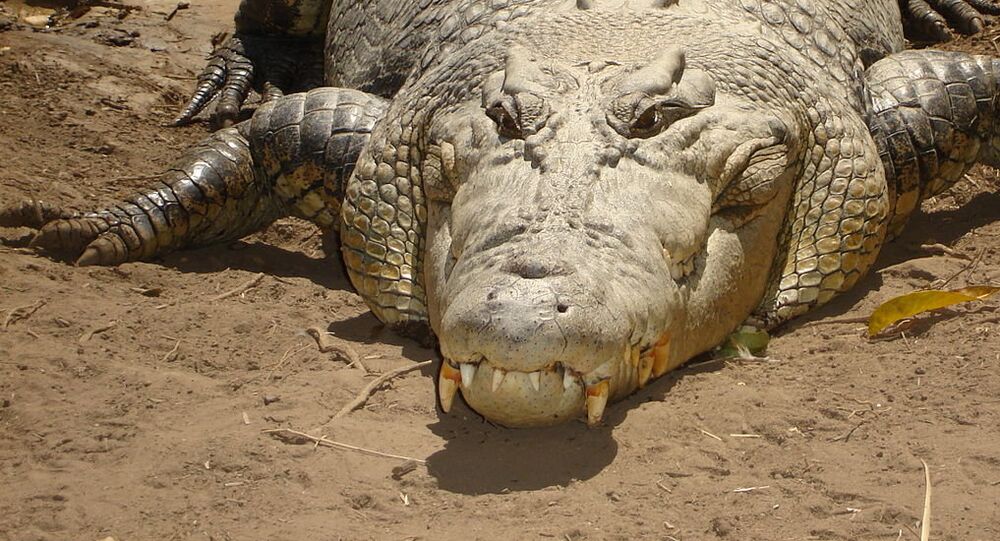 The reptile had never attacked humans before, but this time it is thought to have suddenly leapt several metres up into the air to drag the woman into its fenced pool.

An Indonesian scientist is thought to have been eaten alive by a crocodile while she was feeding it at the lab where she worked.

Moments earlier, the 44-year-old might have been dragged into the enclosure by the 17ft-long crocodile, which first jumped up as high as 8 feet from the pool, The Daily Mail reported, including pictures of both the lady and the crocodile, named Merry.

Scientist Killed By Gigantic Crocodile He Was Feeding  https://t.co/FzfmqUM9b6 pic.twitter.com/1WY6nhTqZO

Crocodile eats scientist alive after dragging her into enclosure while she was feeding it https://t.co/hg24abixh4 pic.twitter.com/N8zz4US464

The huge predator was subsequently found with Ms Tuwo's remains still trapped in its jaws at the Indonesian research facility, the Yosiki Laboratory.

Crocodile eats scientist feeding it after jumping to drag her into pool https://t.co/ZrwgHpPrbP pic.twitter.com/wusTkfNun2

It proved to be a real challenge to retrieve Tuwo's remaining body parts from the crocodile, as the reptile, which had never previously been feared to attack humans, vehemently thrashed from side to side every time rescue workers tried to reach out for it.

Merry the crocodile will be evacuated to a wildlife rescue centre in Bitung district where tests are expected to be conducted on its stomach.

“It's possible the crocodile jumped from the side. Maybe it's because the crocodile was still full, it didn't finish eating her body”, the dead researcher’s friend noted, while police stated that they are continuing to look for the animal’s owner, who “must acknowledge this horrible incident” and take responsibility for this.