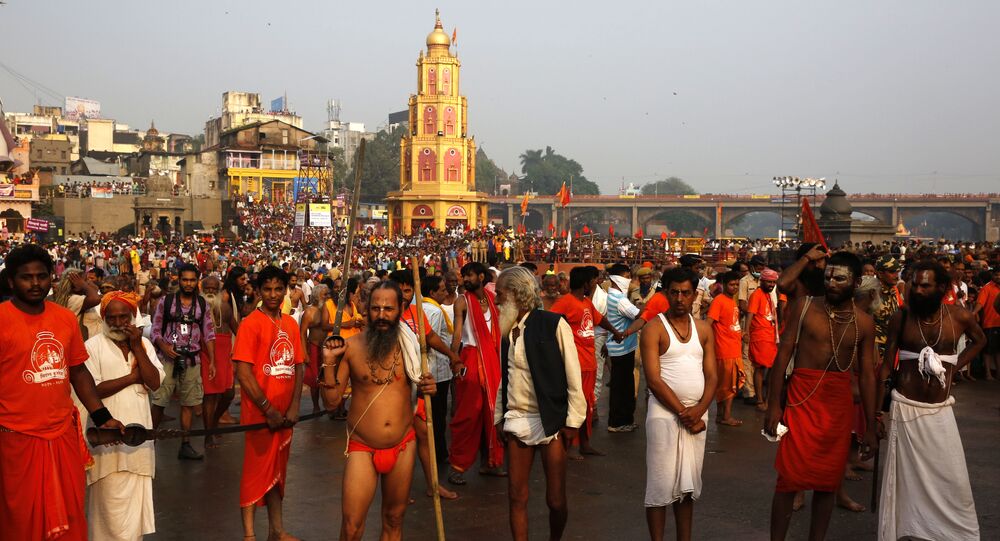 Called the Kumbh Mela and lasting for a couple of months, the event is a periodic religious gathering on the banks of selected holy rivers and has been designated by UNESCO as an Intangible Cultural Heritage of India.

The city of Prayagraj in India's state of Uttar Pradesh is all set to host the world's largest congregation of Hindu devotees with official estimates expecting 120 million people from across the world beginning on Tuesday.

With official estimates of over 120 million people, #kumbh Nagri #Prayagraj will witness its largest gathering ever.

Uttar Pradesh police have tweeted a welcome to devotees with a message asserting that the world's best hospitality will await guests of the world's largest human congregation.

Kumbh Mela is celebrated four times in the course of 12 years.

Be a part of the 55 day long celebrations of Kumbh Mela in Prayagraj, Uttar Pradesh and experience the extraordinary. #KumbhCalls #IncredibleIndia

The locations for the Kumbh are Haridwar, on the river Ganges in Uttarakhand state, Ujjain on the banks of river Shipra in Madhya Pradesh state, Nashik on the river Godavari in Maharashtra state, and the biggest of them all at Prayagraj in Uttar Pradesh state. UNESCO has named Kumbh Mela an Intangible Cultural Heritage of India. Prayagraj city was until last year known as Allahabad before the state government changed its name.

Kumbh Mela, this time in Prayagraj, will be spread over a 45 km radius area at the meeting point of the three rivers Ganga, the Yamuna and the mystical river Saraswati. Devotees take a dip in this meeting point famously, known as "Sangam", seeking atonement for their sins.

The Uttar Pradesh state government has made elaborate arrangements to give the venue a feel adorned with Indian religious ambiance.

#UPGovt has made arrangements for laser light and sound show on the wall of Prayagraj fort in order to enhance the experience of pilgrims and tourists visiting Kumbh2019. pic.twitter.com/WP5LTdXtcF

The 2019 Kumbh Mela will commence on January 15 on Makar Sankranti day (festival of Sun God) which will be the day when the first dip in the holy waters will take place. The Mahashivratri festival, the day honouring Lord Shiva on March 4, will mark the last bathing day.

Special tents have been developed in collaboration with private sector business entities for those who wish to relish a comfortable stay at the Kumbh.

The night view of Kumbh mela is as much spectacle as spiritual, with twinkling stars and a cool breeze. Come and be a part of the festival of spirituality in Prayagraj. #Kumbh2019 #KumbhCalls #ChaloKumbhChalein #UPNahiDekhaTohIndiaNahiDekha #UPTourism pic.twitter.com/dMd2X8gJ7J

According to the government, it is for the first time that devotees will be arriving in the city through land, air and water routes. Indian Railways will run 800 special trains to Prayagraj. Air India has also announced new flights to the Kumbh Mela.