China's Military Attracts Millions at Site With Snippets of Training

For most people, the daily fabric of the lives of uniformed military personnel is mysterious. But now the People's Liberation Army (PLA) is shining a light on this unknown area. It is using short videos to present the stories of its soldiers. This tool is truly young, modern and fresh.

The popular Chinese short video-sharing app Douyin (known as Tik Tok overseas) has been recently embraced by Chinese military groups. The PLA, including its five main theatre commands, has opened an official account on the platform to share snippets of soldiers' daily duties.

Special forces, the navy, ground force and air force are all part of this.

To keep up with online trends, the Chinese army has now integrated new media technologies to attract young fans.

Themes are very diverse in the videos, presenting a wide range of facets a service member may experience. This ranges from training and deployment, wounds and dangers, to soldiers making emotional returns home to surprise families, and sentimental moments after leaving the forces.

Utilizing this new form of media, traditionally mysterious army anecdotes are presented in a more humorous and down-to-earth manner. The image of soldiers is changing from a serious and cold symbol to a vivid and charming one. 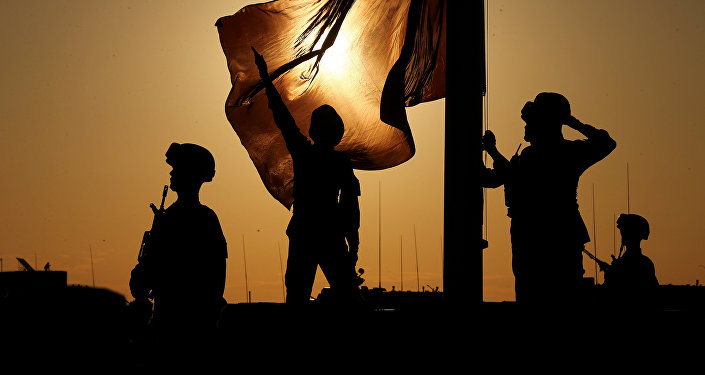 "My lovely kids, I miss you so much. Dad will be back with you as soon as I finish my tour."

This quote comes from a 44-second video clip, mixed with the sound of the wind whistling in chilly winter. This border guard stationed in Southwest China could not help but shed tears in the video.

The video gained 120,000 thumbs up within a few hours after it was released, and tens of thousands of netizens left their respect and gratitude in the comment area. The video comes from the official Douyin account of the web team of the PLA news and communication centre.

The account started on October 30, 2017, and received more than 1 million followers within the first seven hours.

As of October 30, 2018, a total of 15 official military accounts opened in the past six months have published 3,262 videos and received more than 3.541 billion views and 167 million thumbs up, reported thepaper.cn. The videos have become a new phenomenon on the short video platform.

The images together with tight rhythm and music can make netizens excited.

It is rated as "the coolest and most shocking Douyin account without any doubt" by netizens.

© Wikipedia /
Chinese Military Aircraft Spotted on Third Disputed South China Sea Reef
Wang Jun (pseudonym), an operation officer who runs an official account for a military group in West China, told the Global Times, "The military-themed short video has advantages in content creation. Short video can also make the content attractive. On the premise of not revealing secrets, we often think about how to maximize the information and interest of video."

"We keep up with the trend of using drones and other advanced equipment to present the training from multiple perspectives. I try to produce some clips in the style of blockbusters," he said.

Some clips show soldiers explaining their ambitions when they enlisted. Parents explain why they support their children enlisting, despite concerns. Others describe the community and sense of belonging awaiting enlistees.

Videos also show a tender side, such as long-distance love in the barracks, goofy dances performed by servicemen for fun, or farcical elements of military life.

A serviceman posted a video showing a comrade on cooking duty putting on a professional explosion-proof mask used in counter-terrorism exercises to prevent burning his eyes from cutting up chili peppers. The clownish cook amused many, drawing more than 90,000 thumbs up for the video.

Creative account operators have also crafted a series of skits to show the humorous and relaxed life of the canteen workers, attracting a large number of fans to watch and wait for updates.

"I never thought I would be binge-watching a military-themed account," said a fan on the platform.

"This gives me an insight into military life that I never had before. I did not expect that would attract me. This made me consider joining the military someday," a young teenage boy commented. 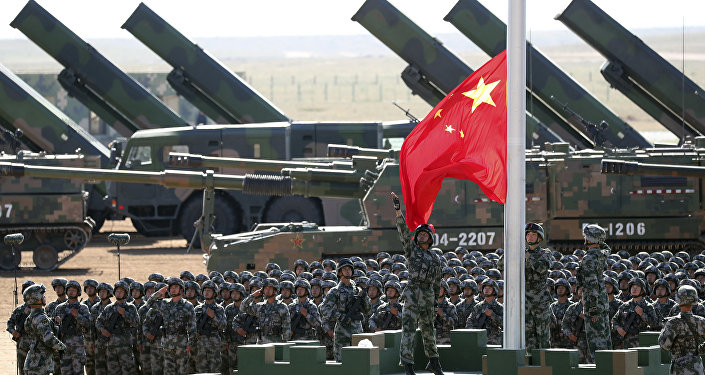 © AP Photo / Pang Xinglei/Xinhua
'Strike Enemies by Surprise': Chinese Army Preparing to Go Beyond Self-Defence – Report
Some may wonder if this could be a new tool for military recruitment, given its viral posts and mostly young fanbase.

Moreover, it may not just be for attracting recruits, but also potential military wives.

Video of soldiers displaying heroism by valiantly rescuing hostages or shooting on horseback are always considered to be attractive by female clickers.

A clip of soldiers showing their muscles bare-chested at a bodybuilding contest received a large number of messages from female fans. A comment reads as "this X-rated scene is truly my bonus today."

"Raids, battles, ambushes in drills… I have few chances to witness these heroic acts in my life, but following their accounts can update me their daily progress. How cool is it! I am always attracted to heroic professions like being a soldier or a fireman," Yang Xikun, a female fan of the military short videos, told the Global Times. She follows nearly 20 military-themed official accounts on the platform.

Li Daguang, a professor at the National Defense University of the People's Liberation Army, believes that joining the short video platform to push political and military news is a new attempt at national defence education. Its rich content draws the military closer to ordinary people.

"It reflects that the Chinese military wants to integrate social media into its daily functions. It's a modern way for marketing and communication. If implemented correctly, it can be an effective way to garner trust," he said. "The army needs to grasp the opportunity of new media for public relations."

"Some of the leaders of the armed forces are too conservative and traditional in their thinking to keep pace with trends," Li told the Global Times.

"We are committed to creating an immersive feeling for the audience and interacting with them. The communication effect is often dozens of times more effective than the traditional media," he added.

But he says getting the military culture to accept social media was not a quick process.

"Not all commanders were at first pleased with this new approach. There was debate over it and even rejection of it. In their day, traditional media reports were more convincing. And practically, they are concerned about the uncontrollable factors or negative influence brought by it," Wang told the Global Times.

© Sputnik / Vitaly Belousov
Chinese Firms at Army-2018 Forum Pledge Stable Ties, Better Offers to Russian Partners Amid Western Sanctions
He said that all uploaded and published content has to be reviewed by an upper level over security considerations.

"My commander may raise eyebrows at some ill-thought-out posts, for instance, videos of soldiers indulging too much at a party. Though many think it is innocuous, he is concerned it may tarnish the image of the army," he said.

Security issues have been repeatedly emphasized. All content should be consistent with rules and standards of army conduct.

Sensitive or personal information, such as troop locations, unit details, numbers, and equipment are banned in most of military-themed videos. Geotagging is also not available.

"Opportunities and risks always come together, especially for fields like us," Wang said. "The biggest worry is the risk of troops potentially revealing sensitive information. But we still insist that opportunities outweigh risks, so we did not mute this new form."