The deadly attack on the Chinese consulate in the southern Pakistani city of Karachi last November was planned in Afghanistan and carried out with the help of Indian foreign intelligence, the city’s police chief announced Friday. The goal was to drive a wedge into Sino-Pakistani economic projects, he said.

On November 23, three to four terrorists attacked the Chinese consulate in the city's Clifton municipality, firing automatic rifles and throwing grenades. Although none got inside the "high security zone" of the compound, two police officers and two civilians were killed.

Although the separatist Balochistan Liberation Army (BLA) claimed credit for the attack, that's only the beginning of the story. Karachi Police Chief Amir Ahmed Shaikh said at a press conference Friday that the attack had been planned in Pakistan and was carried out with the help of the Indian foreign intelligence agency, Research and Analysis Wing (RAW), Dawn reported.

Shaikh also noted that the investigation into the attack had led to the arrests of at least five facilitators in Karachi as well as the Balochistani cities of Hub and Quetta, in the westernmost province of Pakistan.

Geo TV noted on November 24 that the attack had been orchestrated by Aslam alias Achu, a BLA commander who was being treated in a New Delhi hospital for wounds sustained in a firefight with Pakistani forces in his native territory of Balochistan. However, Aslam was killed in late December in an attack on his home in Aino Maina, in Afghanistan's Kandahar province, along with four of his BLA commanders, the Islamabad Times reported. It's unclear who carried out that attack.

Shaikh noted the deaths, saying that until he "sees the bodies or any solid proof," he won't believe the reports, as terrorist leaders often fake their own deaths to divert the attention of law enforcement authorities, Dawn reported.

The chief noted that the terrorists had "transported weapons in a boat engine from Quetta to Karachi through train service," and that the equipment was stored at a safe house in the western part of the city.

Shaikh said the group trained and prepared for the attack for nearly four months. "They used to sit in the visa section of the consulate to observe when the gates open and other details," he told reporters, noting they also had computerized fake identity cards.

The day after the attack, Muhammad Amir Rana, Director of the Pak Institute for Peace Studies (PIPS) in Islamabad, told Sputnik that "It may not have a major negative impact on bilateral relations between China and Pakistan… But, of course, it will increase the security costs of all these initiatives."

"This particular attack reflects the anger of this insurgent group about the Chinese presence in the province," Rana told Sputnik. "Rightly or wrongly, they conceive that this economic transformation initiative may not help the Balochi people but is going to be a benefit for the major ethnic group of Pakistan."

"What has been seen in the past is that the government has mostly tried to be with these kinds of groups through hard approaches, and I think there is still plenty of room to deal with this such issues through other political means," Rana said.

"They wanted China to believe that Karachi is not safe," Shaikh said Friday, noting the aim was to sabotage the progress of the China-Pakistan Economic Corridor (CPEC).

One such initiative is the port of Gwadar, both China's first overseas military base and also a key junction in China's Belt and Road initiative of infrastructure projects linking Asian countries for trade and travel. It's also in Balochistan.

"Gwadar Port is a gateway city to the China-Pakistan Economic Corridor (CPEC) and is being connected by a rail and road to Kashgar, a city in China's western Xinjiang province. This will reduce shipping times up to 85 percent for China as it trades with the Middle East. China has leased it to the Pakistani government for a period of 42 years as a free zone, meaning that you can operate there on a tax-free basis," Zeeshaan Shah, a board member of the China-Pakistan Investment Company (CPIC) and the founder and CEO of ONE Investments, told Sputnik in August. 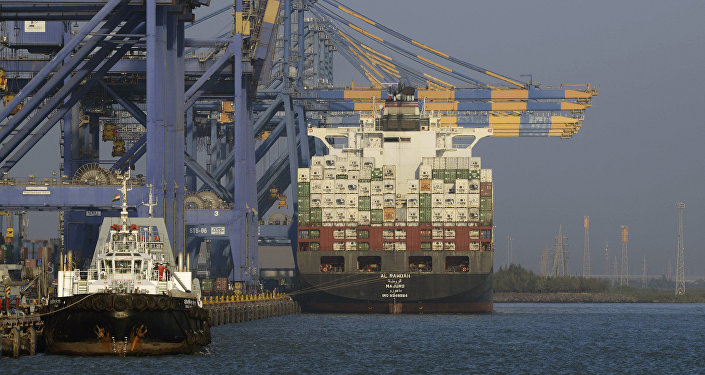 "It was inaugurated on January 1 of [2018] and over 30 companies are investing in the free zone from the financial, fisheries and vehicle manufacturing sectors. Private companies have committed over $500 million dollars, and the Chinese government are investing $4.8 billion, including a new international airport, a 300-megawatt power plant and port upgrades. The second phase of the Free Zone has been upgraded," Shah said, noting that "300 miles away, you've got Dubai, where over 20 percent of the GDP comes from the Jebel Ali Free Zone, and with Gwadar not having its own free zone and a superior location, in the next 10 years."

"It's quite possible to have Gwadar to become another Dubai," he said, noting that data from many big multinational companies showed that "in terms of consumer spending [their sales in Pakistan] are amongst the highest in Asia; much higher than India or even China." Shah noted the Pakistani middle class numbers at least 50 million, and the country's demographic is very young.

"Pakistan already has made a huge arrangement for safeguarding Chinese nationals engineers and their interests, specifically the CPEC project in Pakistan," Rana told Sputnik. "Obviously, the Chinese are quite concerned about the safety of their nationals working in Pakistan, so such kinds of attacks and incidents somehow increase the surveillance level and that means that it will increase the security costs of this economic project." So what's the rub with India? Why would New Delhi stick its head into this relationship? Well, India's pet project in Iran, the port of Chabahar, is only 100 miles to the west, and is part of India's own regional infrastructure links being constructed deliberately to exclude Pakistan.

India has already sunk $500 million into developing two ports in Chabahar and another $2 billion to build a rail link with the city of Zahedan, capital of Iran's Sistan-Baluchistan Province, 430 miles inland, as Sputnik reported last November. A further project will link Zahedan with Zaranj, just across the Afghan border, and provide a transport corridor for iron ore coming out of the Hajigak mining concession, granted to India in 2016 in central Afghanistan.

On November 16, the US State Department granted India the long-sought waiver on trade going through Chabahar, as the US reimposed full trade sanctions on nations trading with Iran earlier that month. With that exemption, Indian development can go on ahead.

India's Research and Analysis Wing (RAW) has operated extensively in Pakistan since its foundation in the late 1960s, arming militant groups and carrying out espionage operations. It played a fundamental role in the 1970 declaration of independence from Pakistan by Bangladesh, according to Indian Defense Review.

"Since its inception in 1968, RAW has had a close liaison relationship with KHAD, the Afghan intelligence agency, due to the intelligence it has provided RAW on Pakistan," the Council on Foreign Relations, a US think tank, noted.

During the 1980s, RAW expanded its operations in Pakistan to include supporting separatist movements among Sikhs in Khalistan, as well as Sindhi, Seraiki and Baloch nationalists, all of whom sought independence from Islamabad and were willing to wage terrorist campaigns as well as employ guerilla tactics to win it, according to CFR.

India's Ministry of External Affairs denied any involvement in the attack, dismissing the allegations Friday as "fabricated and scurrilous."

"Instead of maliciously pointing fingers at others for such terrorist incidents, Pakistan needs to look inwards and undertake credible action against support to terrorism and terror infrastructure in its territories," ministry spokesperson Raveesh Kumar said, the Times of India reported.