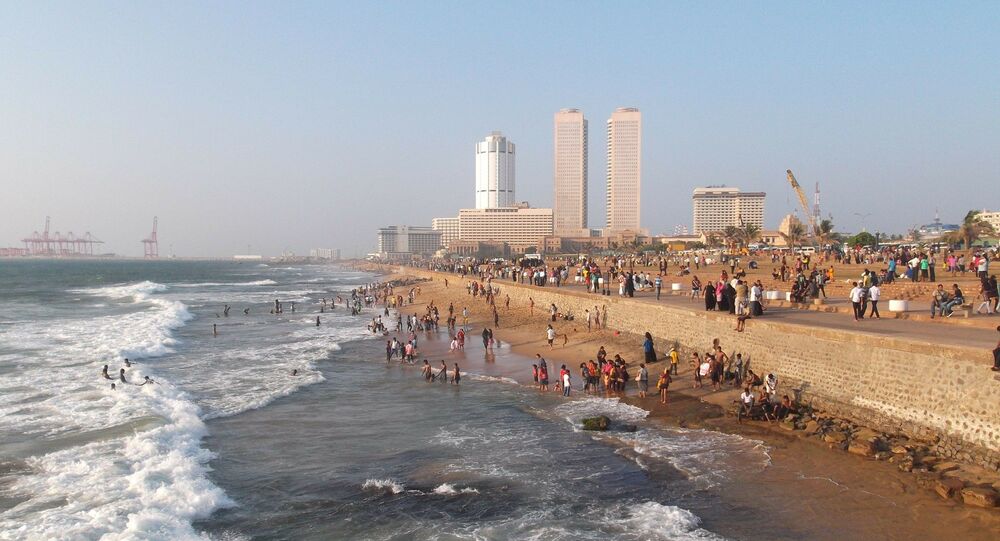 Sri Lanka’s external reserves fell to $ 6.94 billion at the end of 2018 as investors sucked out their money in the wake of the political turmoil that brought down the island nation’s credit rating to an all-time low.

New Delhi (Sputnik): The Reserve Bank of India (RBI) has agreed to provide $400 million to Central Bank of Sri Lanka (CBSL) under the currency swap facility for members of the South Asian Association for Regional Cooperation (SAARC). This is being largely seen as India's soft diplomacy of bailing out Sri Lanka from a grave financial crisis while pulling it further away from China.

The Island nation has also requested its nearest neighbor India for a further bilateral swap arrangement of $1 billion which is under consideration, according to CBSL.

"The RBI's very rapid and timely assistance will serve to boost investor confidence by supporting Sri Lanka to maintain an adequate level of external reserves while accommodating outflows related to imports, debt servicing and, if necessary, support for the currency to avoid disorderly adjustment," a statement issued by CBSL on Wednesday read.

© AFP 2021 / Ishara S.KODIKARA
India Denies Having Expressed Interest in Acquiring Sri Lankan Airport
Sri Lanka had slipped into major political crisis in October when President Maithiripala Sirisena sacked the democratically elected government led by Ranil Wickremesinghe and instead appointed Mahinda Rajapaksa, a controversial former president as Prime Minister. Rajapaksa was credited for having invited billions of dollars of Chinese investment in the country.

Sri Lanka has also revived action to issue international sovereign bonds; obtain term loans, and negotiate credit lines through the State banks.  In addition, Mangala Samaraweera, Minister of Finance, will be visiting Washington from January 14 to resume negotiations with the IMF on the Extended Fund Facility.

Sri Lanka has to raise around $ 3 billion as the country has around $ 5.9 billion worth of debt repayments due in 2019, including the dollar-denominated domestic debt.