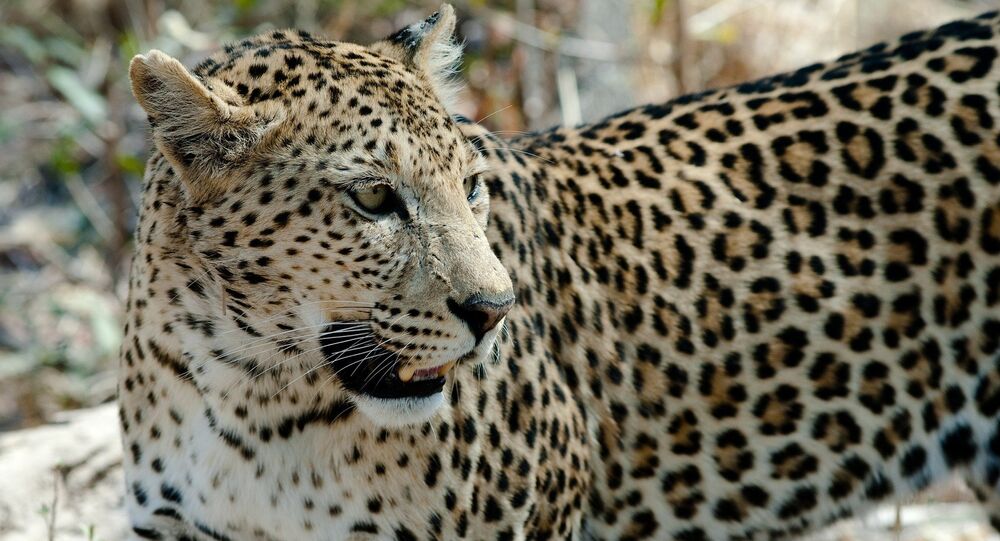 The Delhi-based Wildlife Protection Society of India (WPSI) reports that India witnessed its highest rate of leopard mortality in four years in 2018; 155 of the 460 leopards that died were killed by poachers, while 74 were the victims of road or train accidents.

New Delhi (Sputnik) — Locals living in villages bordering a tiger reserve in the Indian state of Maharashtra brutally manhandled two leopard cubs; one died as a result and the other was seriously injured. The injured cub is recuperating, reported Down to Earth (DTE), the publication of a New Delhi-based environmental non-profit organisation.

The incident took place near Kolyari, a village in the Arjuni Range of the Navegaon-Nagzira Tiger Reserve corridor in the Gondia district of Maharashtra. One of the cubs succumbed to its injuries on Tuesday.

READ MORE: Judges Run for Their Lives as Leopard Enters Courtroom in India

"The cub that died was 7 to 8 months old and could not survive the shock of being thrown about by its tail", said Anil Kumar Nair, the head of Wildlife Trust of India's Central India Conservation Project.

"The other individual is a sub-adult and is aged around 18 months. It is recuperating in a nearby town", said Nair over the phone to DTE. Wildlife Trust of India (WTI) is also a non-profit wildlife organisation.

Nair said that the cubs were not siblings. "The doctor has confirmed that the two were not from the same litter", he clarified. The WTI team is trying to solve the mystery of how these two abandoned cubs appeared in the area at such close proximity.

Addressing the fate of the surviving cub and the possibility that some sort of poaching may have been involved, Nair said, "The sub-adult's appearance is a mystery because these are capable of hunting smaller animals for its food. The fact is that these two cubs were just 500 meters from each other. We also found people cutting teak and bamboo trees illegally in the area, making us suspicious."

The video of the attack showed some villagers assaulting and dragging the cubs by the tail. The surviving cub is now at Kohmara Rescue Centre, run by forest officials.