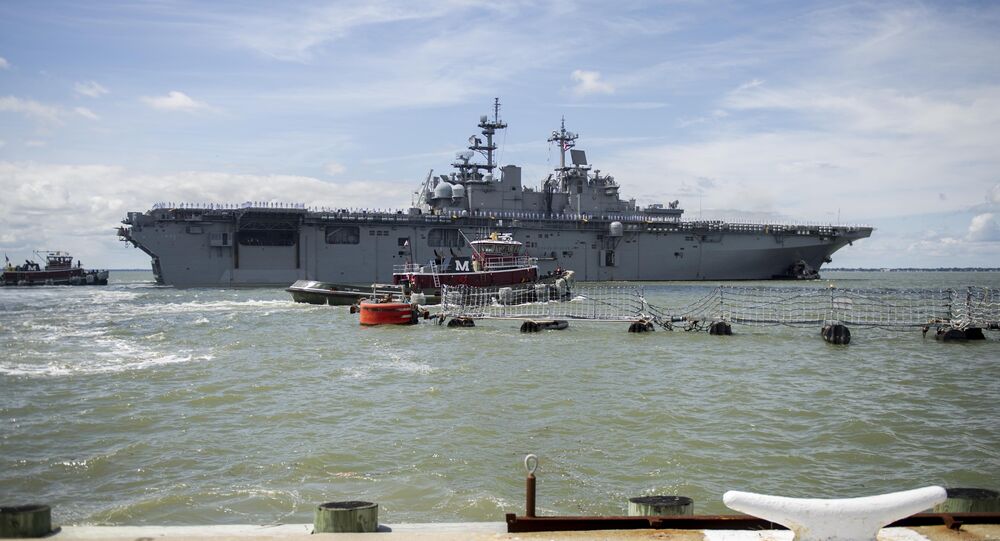 Mage Island is located 400 kilometres (248 miles) from US-run Iwakuni Air Force Base in the south-east of Honshu Island, where about 60 US carrier-capable aircraft were earlier deployed.

The Japanese Ministry of Defence has decided to allocate around 16 billion yen (more than $147 million) for the purchase of uninhabited Mage Island in Kagoshima Prefecture in the country's south-west to use it for massive aircraft drills involving US aircraft carriers, according to Japan's Yomiuri newspaper.

The island, currently owned by a private company from Tokyo, is expected to be handed over to the Japanese military before the end of March. A preliminary agreement is due to be signed in the next few days.

Planes make a lot of noise taking off and landing during the deck-based aircraft exercises, something that has repeatedly prompted residents and local governments to protest in Japan.

© RIA Novosti . Andrey Bichurov
Japan-US Drills to Continue Amid US-S.Korean Exercises Freeze – Defense Minister
As a result, the drills were moved to the almost-deserted remote island of Iwo Jima, located more than 1,200 kilometres (745 miles) from Tokyo.

In 2011, the US and Japanese military agreed to work out the issue of relocating a training ground for the deck-based drills to Mage Island, located just 400 kilometres (248 miles) from the US Iwakuni Air Force Base in the southeast of Honshu Island, where about 60 United States carrier-based aircraft were earlier deployed.