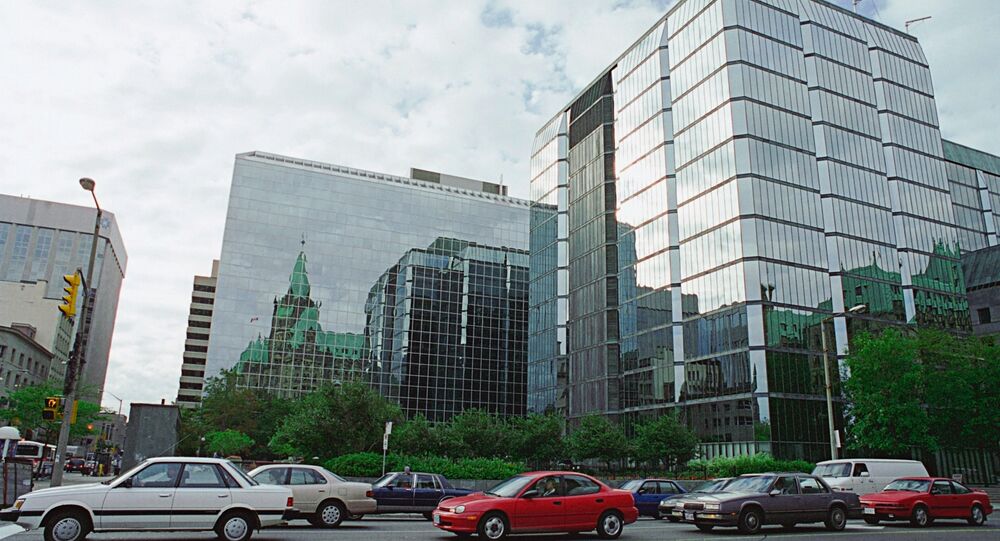 MOSCOW (Sputnik) - A North Korean delegation visited the Canadian capital of Ottawa for confidential talks in late September, the CBC broadcaster reported on Tuesday, citing a source in the Canadian government.

A source in top government circles told the broadcaster that negotiations with the North Koreans lasted two days, and the Canadian side insisted on advancing the denuclearization process, also urging them to pay attention to "serious human rights problems" in North Korea.

© AFP 2021 / MICHAEL BRADLEY
Trump-Kim Summit 'Important' for Stability on Korean Peninsula - Canadian FM
The publication noted that it was unknown how this meeting had been organized, but Canadian diplomats "welcomed" personal negotiations, as this is a rare phenomenon in relations with North Korea.

Canadian Foreign Ministry spokesman Guillaume Berube told the broadcaster that the meeting was not evidence of any changes in the status of Canadian diplomatic relations with North Korea.

"While the recent and ongoing dialogue between the Koreas are encouraging, we remain concerned by the lack of concrete actions by North Korea towards de-nuclearization," Berube said, as quoted by the broadcaster.

The visit of the North Koreans to Ottawa was negotiated with the "allies" of Canada, including the United States, he noted.

"We are always talking to close partners and allies about our unified approach in terms of applying pressure on North Korea," Berube said.