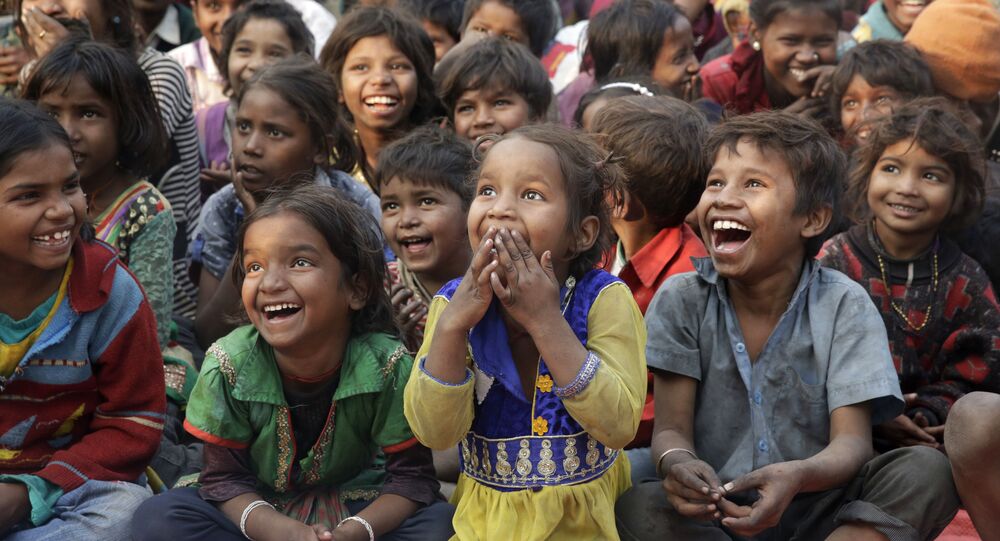 India Had Test-Tube Babies Thousands of Years Ago - Professor

According to the Indian epic Mahabharata, Queen Gandhari, wife of King Dhritarashtra gave birth to one hundred children simultaneously. Referring to this episode of the epic story, Nageshwar Rao the vice-chancellor of Andhra University claimed on Friday that this was possible because India had the knowledge of test-tube babies in those ancient times. Though there is no conclusive evidence about the time of the Indian epic Mahabharata, various estimates put it happening somewhere between 5000 —3000 years BC.

"How can Gandhari give birth to 100 children?" he questions. "Mahabharata says that 100 eggs were fertilised and put into 100 earthen pots. Are they not test tube babies?" he emphasised.

Rao made many more claims on the technical prowess of ancient India. A notable one was on another ancient Indian religious text The Ramayana.

© CC0 / Pixabay
Indian Professor Demands Removal of '2-Finger Virginity Test' From Medical Books
"King Ravana had 24 types of aircrafts and many airports in Lanka," he said referring to the villain king mentioned in the text.

Social media quickly rose to the occasion and lambasted him. Calling him illiterate, one user, Pradeep tweeted, "The VC of Andhra University is a disgrace and students should boycott such illiterates."

One person remarked sarcastically, "What kind of earthen pot is this guy smoking?"

What kind of "earthen pot" is this guy smoking?

Here are some other reactions in a similar vein:

The 106th #IndianScienceCongress made headlines for startling claims and statements made by some speakers, particularly those seeking to explain mythology through science. Cartoon by @MANJULtoons https://t.co/mOy15jJ6z2 pic.twitter.com/3smILqvaEc

God save our country.

Trying to pass mythological tales as "Science" cheapens both faith and science.