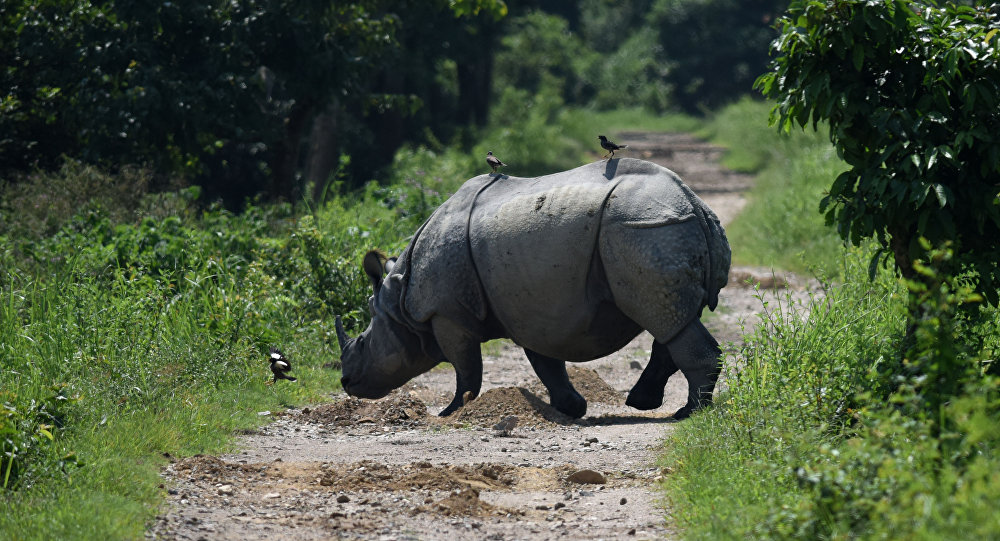 Although banned, illegal poaching of designated animal organs, especially of those categorized as endangered species, is a flourishing trade.

New Delhi (Sputnik) — Officials from the Jalpaiguri district in the eastern state of West Bengal swooped down on three Bhutanese citizens and arrested them for possessing animal parts that are contraband, IANS reported.

The officials conducted a search operation in the Dooars area of the district acting on a tip-off.

Sanjay Dutta, the range officer, said: "We have recovered a bag having one rhino horn weighing 1,030 grams and an elephant tusk weighing about 500 grams". 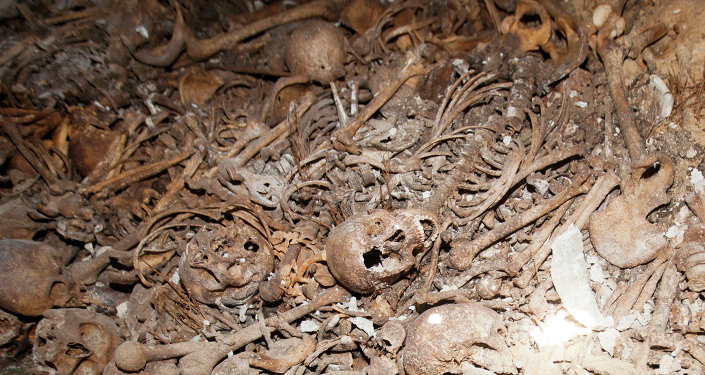 © AFP 2019 / AHMAD GHARABLI
Man Travelling With 50 Human Skeletons Arrested in India
The destination of the illegal consignment was Nepal, where the organs would have been sold for Rs 5 million ($ 72,100 approx.).

India has requisite laws in place to regulate and restrict trade in wildlife. Under the umbrella Wildlife Protection Act 1972, the country has a strong legal and policy framework prohibiting trade in over 1,800 species of wild animals, plants and their derivatives.

But the soaring prices of wildlife animal parts have emboldened poachers to take risks, resulting in a spurt in illegal smuggling. A decade or so ago, they usually got about Rs 50,000 ($720 approx.) for a rhino. They now get around Rs 200,000 ($2,900 approx.) for doing the same job.