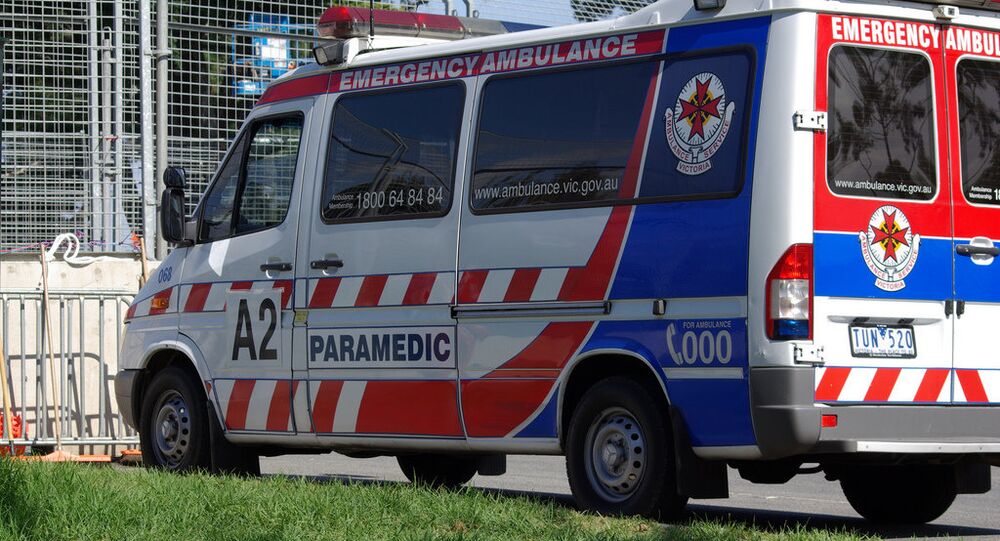 Queensland lifeguards have described the situation as ‘epidemic’ and warn people to refrain from even walking along the coastline, let alone going for a swim.

Beaches on both the Gold and Sunshine Coasts, located near Australia's city of Brisbane, Queensland, have been closed over reports of thousands of swimmers being stung by jellyfish-like creatures, known locally as bluebottles.

Known scientifically as Physalia physalis and Physalia utriculus, these two primitive marine species possess stingers that can easily paralyze fish and inflict serious pain on humans. Unusual oceanic swell conditions have washed tens of thousands of the organisms ashore, causing injuries to thousands of people over a single weekend, according to SBS News.

© REUTERS / David Gray
High Temps Down Under: Australia Swelters in Record-Breaking Heat Wave
According to the report, some 2630 people were stung across the weekend, with almost 1000 hurt in a matter of hours on Sunday. An undisclosed number of victims were hospitalized suffering from anaphylactic shock.

"I have never seen anything like this — ever," Surf Life Saving duty officer Jeremy Sturges told reporters, describing the situation as "epidemic."

Despite that lifeguards closed beaches, Sturges warned that even those of the organisms that washed ashore nonetheless remain a serious danger.

Detached bluebottles stingers remain capable of stinging hours and even days after removal or death of the main organism.

Something so small can cause so much pain #bluebottle #stinger #ouch pic.twitter.com/ABxaGimazY

​"People have been hurt as they just walk along the shoreline. Don't pick it up, don't walk on it or you will be stung," Sturges said.

Bluebottle stings usually cause severe pain to humans, leaving red whip-like welts on skin. Normally, the pain subdues after several hours and markings go away in a couple of days. However, should the venom travel to the lymph nodes, it can cause symptoms similar to a severe allergic reaction, including swelling of the larynx, airway blockage, cardiac distress, and an inability to breathe. Cases of death have been recorded, but scientists say they are extremely rare.

"Not everyone reacts the same way but there have been very serious reactions," Sturges told the reporters.

#BLUEBOTTLES — They're back. If you're stung by a bluebottle try and pick off the tentacles with a towel or other object, rinse the area with sea water, place the affected area in warm water, and if needed, apply ice packs. Avoid using vinegar if it's clearly a bluebottle sting. pic.twitter.com/TQ238w2czd

​According to Surf Life Saving Queensland recommendations, people who suffer a bluebottle sting should remove stingers, quickly take a very hot shower and then apply ice to the affected area.