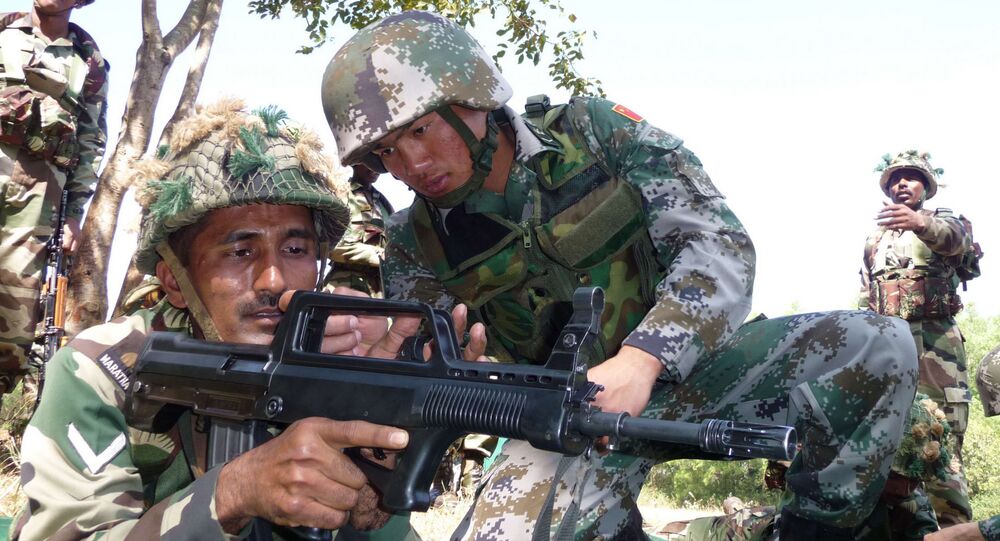 The language barrier between the Indian and Chinese troops along either side of the international border remains a big hurdle to peaceful communication. India has taken the initiative by bridging the language barrier through an artificial intelligence-enabled Mandarin to Indian languages translator.

The Indian Army's Design Bureau has developed a robotic translator that will be used to convert Mandarin, a language spoken by China's People Liberation Army soldiers, into Indian languages. The equipment is expected to provide much-needed aid to defence forces as a lack of proper communication among soldiers of the two countries had on many occasions culminated in avoidable conflicts along the international border.

"Army Design Bureau has developed a live translator which will translate Mandarin to Indian languages. The device will be made available to the personnel deployed along the Line of Actual Control soon," a defence official told Sputnik under condition of anonymity.

Earlier, the Indian government had started a special Mandarin language learning course for the troops guarding the Chinese border, but the efforts were not all that scalable. Under this initiative, universities in India like Sanchi, Vishwa Bharati etc. had started this as a one-year course with several troops being admitted in the last two years. The purpose of the course was to make at least some of the troops deployed along the 3,488-kilometer Sino-Indian border conversant in basic Chinese.

Ever since the Wuhan informal summit last April, the two countries have been trying to maintain peace and tranquility at the international border through several confidence-building measures. Soldiers of the two countries celebrated the New Year at Eastern Ladakh, Tawang, and Nathu La. During the border personnel meetings which were held on several occasions, both sides had resolved to maintain peace and tranquility along the line of actual control (LAC), besides agreeing to work on enhancing mutual trust. The two countries had also resumed the annual military exercises after the Hand-in-Hand Exercise-2017 was suspended following the Doklam conflict.

Indian Prime Minister Narendra Modi, in an interview this week, emphasised that he did not feel back-stabbed by China, which had earlier precipitated a crisis in Doklam.

"India should be judged on the basis of its response in Doklam. Nothing has happened with India that can be considered as deceit, but our principled position has been that we want friendly relations with neighbours," Modi said in an interview to ANI.

In June 2017, India and China were engaged in a two-month stand-off in Doklam after China had tried to change the status quo of the region through construction of a road along a critical site — an area that lies between Tibet's Chumbi Valley to the north, Bhutan's Ha Valley to the east and the Indian state of Sikkim to the west.