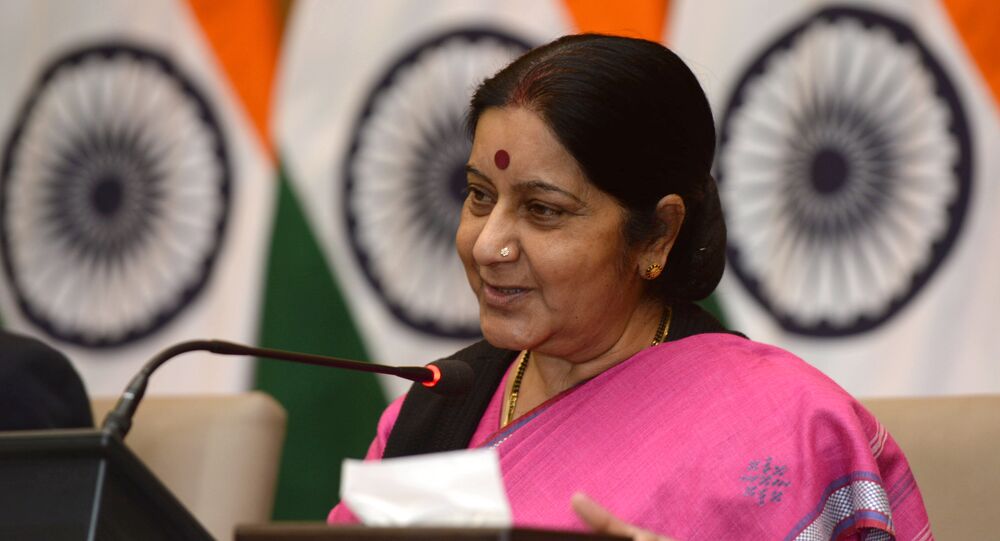 The Indian foreign minister informed parliament that the UK House of Commons will start discussing Brexit from 7 January and there will more clarity on the relationship between the UK and the European Union after 15 January, adding that nothing precise can be said until the withdrawal process is over.

While responding to a question on the fate of Indian migrants post-Brexit, Foreign Minister Sushma Swaraj replied in parliament that the Brexit process is not yet complete and there won't be any issues for Indians until the process is over.

Sushma Swaraj was responding to query from Congress lawmaker Kumar Ketkar, who wanted to know the government's stance on protecting millions of Indian migrants during and after Brexit.

"It won't be proper to say anything at this point of time. The whole process will take two years and till then there will not be any problems," the foreign minister said.

Addressing the upper house (Rajya Sabha), she said India is closely following Brexit-related developments. Britain is expected to leave the EU on 29 March 2019, but there will be a transition period lasting until 31 December 2020.

READ MORE: Brexit Deal Not to Include Membership in European Single Market — British PM May

India and the UK agreed last year that both sides will ensure the continued application of EU-India agreements to the UK during the Brexit transition period and put in place arrangements to replicate existing deals beyond this period.

Is UK PM May Dodging the Brexit Question? | Mass Strikes Across India

India, UK to Hold Talks on New Trade Deal in Light of Brexit

BREXIT: India Says It Will Prove to be Safe Haven for Global Investors