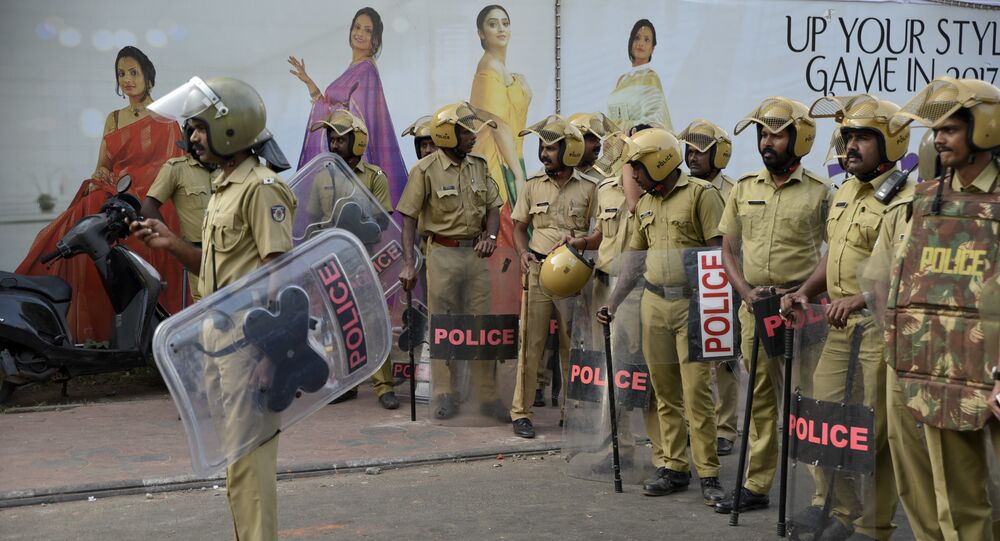 Journalists were attacked during the dawn-to-dusk shutdown of the entire state called by the Sabarimala Karma Samithi (SKS) on Thursday over the raging Sabarimala Temple dispute. The right-wing Bharatiya Janata Party (9BJP) and the allied RSS have both backed the shutdown.

Protests that began a day earlier after two women in their 40s entered the Sabarimala Temple turned ugly on Thursday, with attacks being launched against journalists at various locations in the southern Indian State of Kerala, according to the IANS news agency.

By entering the temple, the women breached its "men only" convention.

The dawn-to-dusk Kerala shutdown saw many protesters directing their anger toward journalists. The media workers staged a protest march in front of the state secretariat to condemn the violence.

"Since yesterday, it has come to notice that even media personnel, including women, have not been spared by Sangh Parivar forces who are trying to take law into their hands. This will be seriously dealt with," Vijayan told national media.

© AP Photo / R S Iyer
Protesters Clash With Police over Entry of Women Devotees in Temple (VIDEOS)
President of the Kerala Union of Working Journalists V. Suresh said that since Wednesday numerous journalists have been attacked by the Sangh Parivar protesters.

"We have collected the visuals of those who have attacked the media and tomorrow we will give it to the police. As a protest, it was decided that the media will boycott the press conference of State BJP President P.S. Sreedharan Pillai and programmes of Sangh Parivar on Thursday," added Suresh.

Kerala Police Chief Loknath Behra sought to assuage the situation and said that police are dealing with these attacks "very seriously", adding that strict action will be taken against the attackers.

"Directions have been issued to all district police chiefs to form a separate committee of police officers to probe these attacks. The intelligence unit has been asked to look into it," he said.

The Sabarimala temple in the southern state of Kerala in India has been a source of tension ever since a few public interest litigants filed a petition challenging the ban on the entry of adult women into the religious site. The apex court ruled in favour of the litigants in September last year, asking the state government to take steps to implement the order.