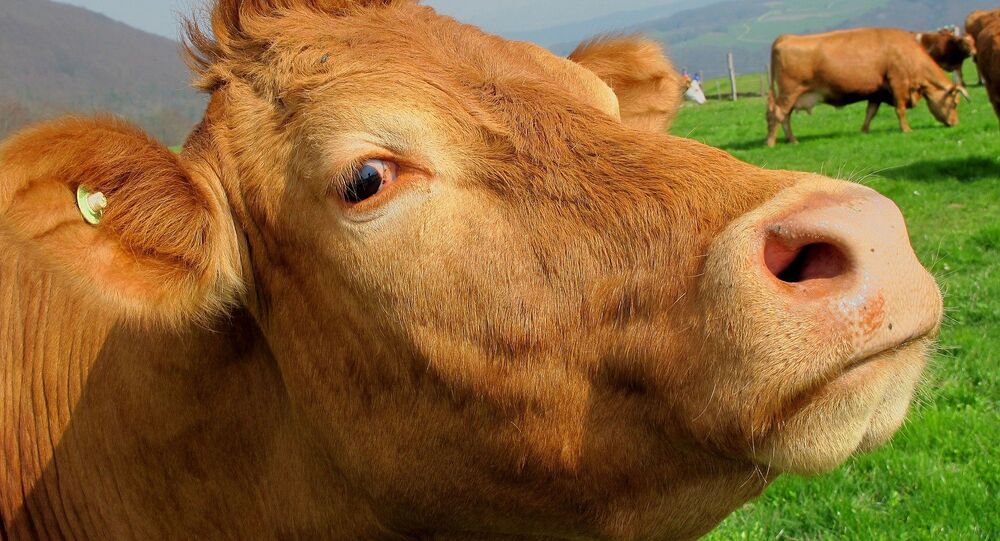 Cows are revered in India, where the majority of the population is Hindu, and the slaughter of cattle is a sensitive issue. The discovery of cow carcasses in Uttar Pradesh, the nation's most populous state, resulted in violence and bloodshed in early December.

Dealing with cows is an extremely sensitive issue in the Hindu heartland of India, and the carcass of a slaughtered cow can spark mob rioting. According to media reports, police have swung into action and initiated an investigation into the incident to prevent more bloodshed.

A month after Bulandshahr violence that claimed a cop’s and a civilian’s life in a clash over cow slaughter, a similar situation occurred on Bulandshahr-Aligarh border in which cow carcasses were found in an orchard. However swift police action averted communal crisis @Uppolice

​Cows are considered holy by Hindus in India, and their slaughter is banned in most Indian states.

© AFP 2021
Indian Police Launch Investigation Into Mob Violence Triggered by Cow Slaughter
The bovines became a bone of contention between various factions within Uttar Pradesh after the right-wing Bharatiya Janata Party assumed power in the state in 2017. The state government under Yogi Adityanath  issued an official order and moved to close down all illegal slaughterhouses immediately after coming to power in March 2017.

"The incident took place along the border between Bulandshahr and Aligarh," said Gopal Singh, the Circle Officer of Kurja. "The carcasses were found in Chandaus in Aligarh. The matter is under investigation," he added.

A mob of right-wing activists went on a rampage on 3 December 2018 after the discovery of cow carcasses in Bulandshahr, Uttar Pradesh. The mob torched dozens of vehicles, clashed with police and killed one police inspector.