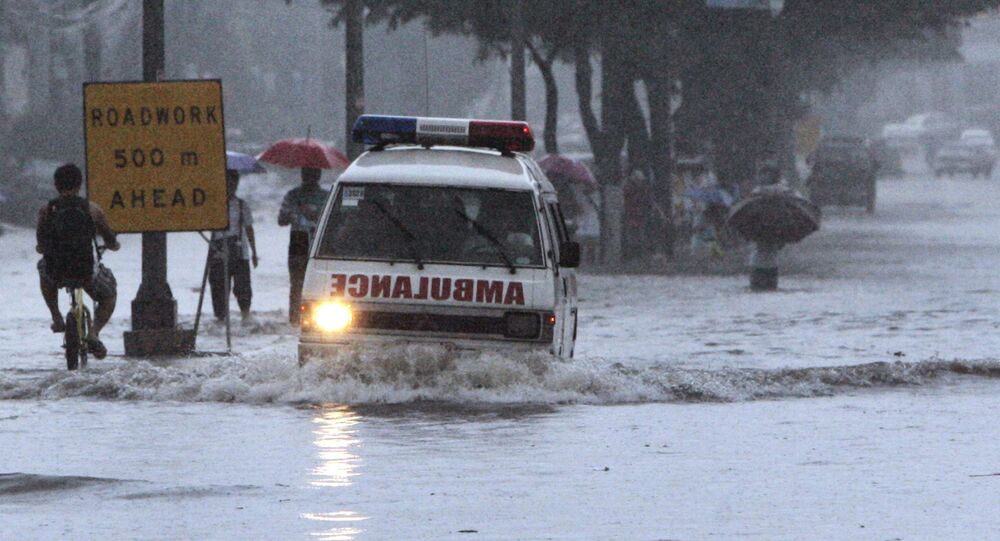 MOSCOW (Sputnik) - The death toll in torrential rains and subsequent landslides that hit the Philippines over the weekend has climbed to 75, local media reported on Tuesday, citing the National Disaster Risk Reduction and Management Council (NDRRMC).

Earlier in the day, media reported that the rainfalls and landslides caused by tropical depression Usman had left 61 people killed, with 18 others missing.

Meanwhile, the ABS-CBN broadcaster reported, quoting NDRRMC spokesman Edgar Posadas, that 59 people were killed in the eastern Philippine region of Bicol, while 13 more victims of the natural disaster were recorded in Eastern Visayas. Three other people were reportedly killed in other regions.

Please pray for my hometown in the Philippines. 🙏 We have just been hit by a typhoon that cause a massive flooding and landslides. Several people were pronounced dead while some are still missing pic.twitter.com/FarpHEGN9V

A total of 191,000 people have been affected by the natural disaster, with 16 people still missing.

Posadas added that the number of victims was unofficial and needed to be further verified, as the NDRRMC continues collecting data from different regions.

US Agency Cancels Tsunami Threat After 7.2 Earthquake in Philippines