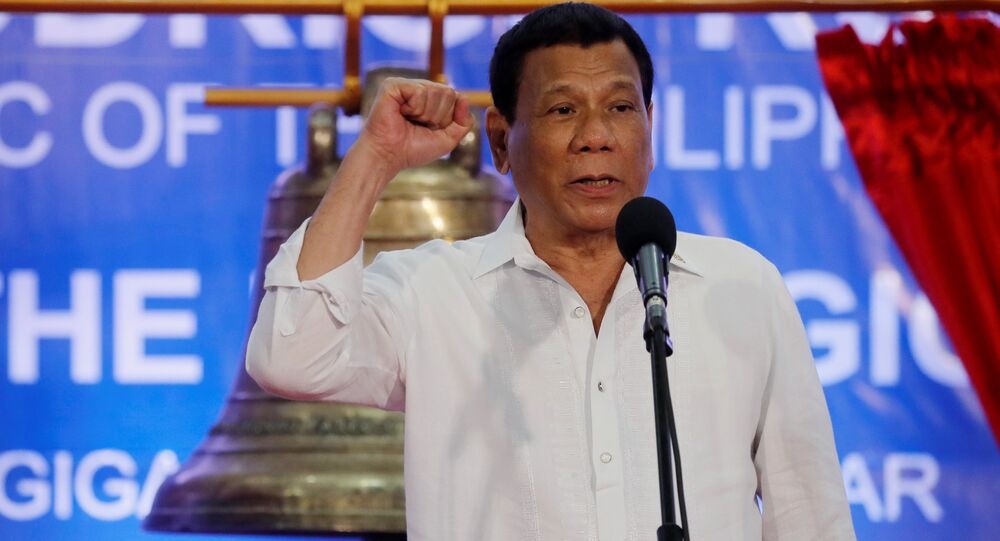 With the Christmas season coming to an end, Rodrigo Duterte has returned to one of his favourite opponents – Jesus. The Philippine president, often criticized by the Catholic Church, has already said that he was molested by a priest, called God “stupid”, slammed bishops as “useless fools” and allegedly urged his co-citizens to “kill them”.

Rodrigo Duterte bashed one of the key tenets of Christianity, the Holy Trinity, with a fresh anti-religious rant as he spoke to guests at the agrarian award ceremony in Kidapawan City, the website rappler.com reports. He called the central Christian doctrine, that the divine essence is expressed by the Father, Son, and Holy Spirit, “silly”.

He also spoke offensively against Jesus, using strong language. The Philippine president belittled the Son for letting people crucify him, saying that he would finish them, if he was God.

“Your God was nailed on the cross. F***, how unimpressive. I’m God and you will crucify me? Motherf***er. I’d tell them, ‘Lightning, finish all of them. Burn all the non-believers’”, the politician threatened.

Christian saints were also not spared from the president’s scolding, who said “they’re nothing”, as he did not know them.

“Look, those documents were written – if at all – 3,000 years ago. Why would they care about our lives now? Who wrote about them? Who’s Saint Thomas? We don’t know who they are. That might even be a name for a cow or camel then”, Duterte said in his theological tirade.

This is not the first time that Duterte, a baptised Catholic, has used strong words against Christianity. The Philippine president, angered by some clerics' open criticism of his policy to crackdown on drugs, claimed in 2015 that he had been abused by a priest when he was younger. He later slammed his country's Catholic bishops as “useless fools”, allegedly calling on his people to “kill them”.

He referred to God as “stupid” and a “son of a b*tch”, suggesting that if there’s “one single witness” who can prove God’s existence by showing him a selfie together, he’d immediately step down from office.