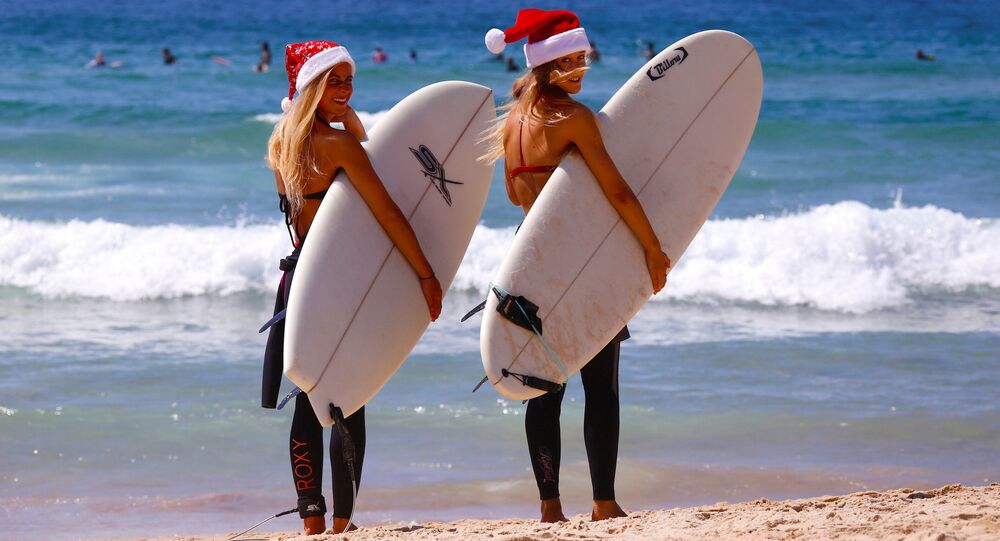 Australia is suffering through a brutal heat wave that’s seen high-temperature records smashed across the country.

Summer is off to a sizzling start Down Under, where the monthly average high is 16 degrees Celsius higher than usual.

© CC0
Don't Like it Hot? Colombians Urged to Take It Easy on Sex Amid Heat Wave

"Heatwave conditions are being experienced across large parts of the country," the country's Bureau of Meteorology said Friday. The strange swelter stretches across the Northern Territory and the southern parts of four states.

Marble Bar, a tiny town in Western Australia that bills itself as the country's hottest, set a new record Thursday at a blistering 49.3 degrees Celsius, the weather bureau reported.

Meanwhile, the country's populous southeastern corner is faring little better, with the capital of Canberra also setting a record for hottest December day — 39 degrees Celsius on Saturday — while coastal Sydney will be able to cook eggs on the sidewalk in 40-degree heat.

For a bit of perspective, 40 degrees Celsius is equivalent to 104 degrees Fahrenheit. Yowch.

"We're definitely not out of it yet," Diana Eadie, a meteorologist at the Australian Bureau of Meteorology, told Channel News Asia. "In fact, I would say it's going to be peaking over more populated areas this weekend."

A three-day "extreme heatwave" warning has been issued by the bureau, its highest category. Fire bans and health warnings have also been issued, with nearly all of New South Wales being marked with the fire service's highest fire dangers.

"This is all because of a high-pressure system coming off the Tasman Sea that is slow moving and has set up a pattern over several days," Bureau of Meteorology Duty Forecaster Nick Neynens told Fairfax Media. "It's a very stable situation with not a lot changing, meaning everywhere is pretty much going to be hot, and we don't see a strong change coming yet."

Laureta Wallace, a spokeswoman for the National Farmers' Federation, told Channel News Asia that the heat wave only "adds insult to injury" for the nation's agricultural sector, which is already languishing from a year of droughts.

"Most farmers would have got some rain prior to Christmas, but the benefit of that will have been eroded with this heat wave," she said. "Water's an issue."

A 16-day Australian heat wave in early 2009 saw temperatures as high as 48.8 degrees Celsius and killed 374 people, with more than 2,000 requiring treatment for heat-related ailments, according to Australian publication The Age.