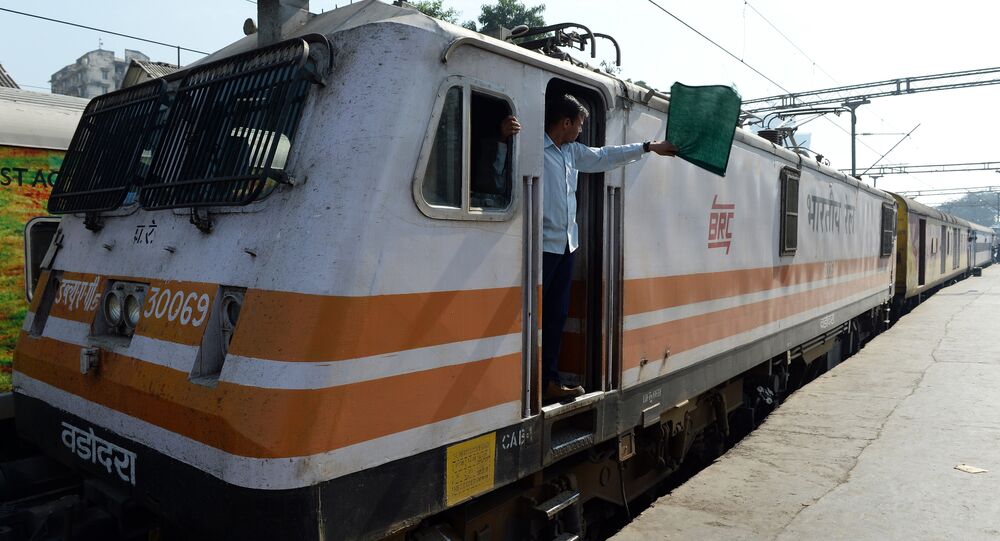 Achieving the recent grandiose Bogibeel Bridge milestone for railway-cum-road transportation in Assam across the Brahmaputra River, India will get the world’s tallest rail-arch bridge soon, something that will be 35 meters higher than the Eiffel Tower. The bridge is expected to be completed by March 2019.

New Delhi (Sputnik) — Indian Railways under the Modi government will build the world's highest rail-arch bridge with a height of 359 metres over the river Chenab in the northern state of Jammu and Kashmir. Currently, the highest rail-arch bridge is the Najiehe Railway bridge at Liuchangxiang in Guizhou, China with a height of 310 meters, whilst the second highest is the Bejpan River Shuibai Railway bridge at Liupanshui in Guizhou (275 meters high).

Union Minister Piyush Goyal shared a snippet of this ambitious project in a video over Twitter.

"Railways is on track to achieve another engineering milestone with the Chenab Bridge in Jammu & Kashmir, set to be the highest railway arch bridge in the world", Goyal's tweet read.

According to Financialexpress.com, the bridge will be designed by consultants from Finland and Germany. Designed to withstand earthquakes (with up to Zone V forces), it will be made out of 63mm thick blast-proof steel so that the bridge can withstand terror attacks. More than 24,000 tonnes of steel will be used in the construction. The Indian Defence Research and Development Organisation (DRDO) will provide its expertise and collaborate with Indian Railways in the project.

The bridge will be 1.315km long and cost Rs 12,000 crores ($120 billion). Its height will be 359m above the river. There will be railway stations at both ends of the bridge. It will serve as an arterial link between the Katra and Banihal 111-km railway stretch and will form part of the Udhampur-Srinagar-Baramulla section of the Kashmir Railway Project. The Kashmir rail link, which is 325km long, is the most expensive stretch of rail line in the country.

© AFP 2020
The World's Biggest Statues: Giant Structure in India Jumps to Top of the List
Indian Railways will develop the site as a tourist destination also. There are plans to have adventure activities like bungee jumping and other adrenaline sports, trekking routes and sight-seeing points.

The bridge will have ropeway for routine inspection and maintenance. It will have corrosion-resistant paint for durability. Equipped with sensors to check wind velocity, the train signal on the bridge will automatically turn red on detection of wind velocity exceeding 90 kilometres per hour over the bridge railway tracks thereby stopping all trains from going on the bridge. According to Railways a "ring of aerial security" will be provided with online monitoring and warning systems to safeguard the bridge and protect passengers. Footpaths and cycle trails will be constructed adjacent to it, says Indian Railways.