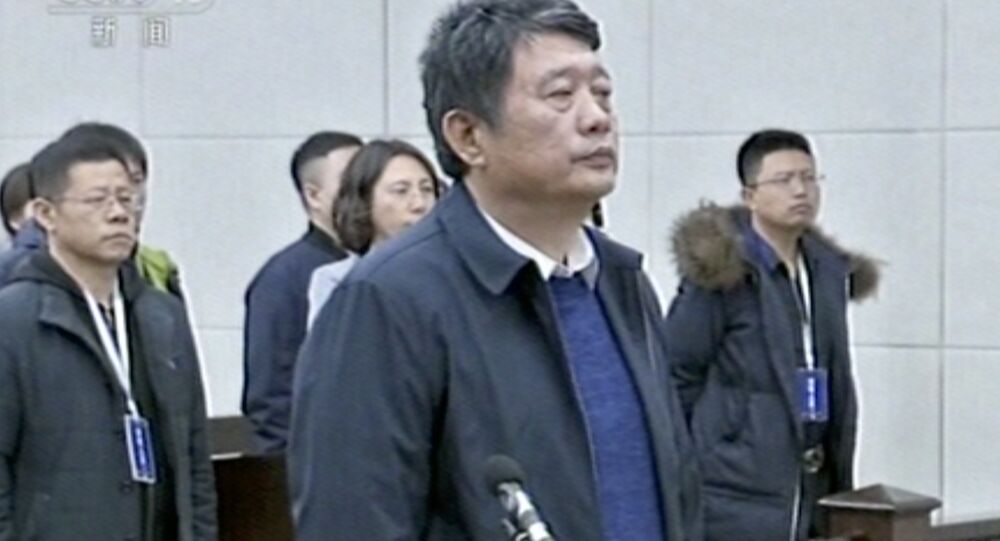 Ma Jian, the former deputy head of China's Ministry of State Security, was sentenced to life in prison on Thursday after being found guilty of taking huge bribes, using his position to exert influence on business deals and insider trading.

At the Dalian Intermediate Court in northeast China, Ma confessed to all charges, stressing that he would not be appealing the conviction. The court subsequently revoked his political rights and ordered Ma's personal property to be confiscated. Additionally, he was also instructed to pay more than $7.26 million in penalties, Al Jazeera reported.

Investigators revealed in court proceedings that Ma had accepted roughly $15.8 million in bribes between 1999 and 2014 in exchange for using his political influence to aid the business ventures of Guo Wengui, the chair of Beijing Zenith Holdings Co, who is currently wanted by the Chinese government.

It was also found that between 2008 and 2014 both Ma and Guo worked together to force the sale of shares of brokerage firm Minzu Securities to Zhengquan Holding so that Guo could have a controlling stake in the company.

Another disclosure made during the proceedings was that Ma had provided insider information about brokerage firms Founder Securities Co. and Minzu Securities to his various family members, who, used that knowledge to collect profits upwards of $7.1 million.

"The defendant Ma Jian's bribery amount was extremely large, and the national and people's interests suffered a particularly heavy loss, which seriously infringed on the integrity of civil servants," the court's judgement reads, according to AFP.

During his time with the ministry, Ma was in charge of the country's counter-espionage operations, according to the South China Morning Post. The former intel chief initially came under investigation in 2015 as part of Chinese President Xi Jinping's anti-corruption drive.

The following year, in 2016, Ma was expelled from the Communist Party of China after investigators accused him of interfering in "unspecified law enforcement activities," according to Al Jazeera.

According to the BBC, thousands of government officials have been rounded up in Xi's anti-corruption campaign, which began in 2012 when he assumed office.