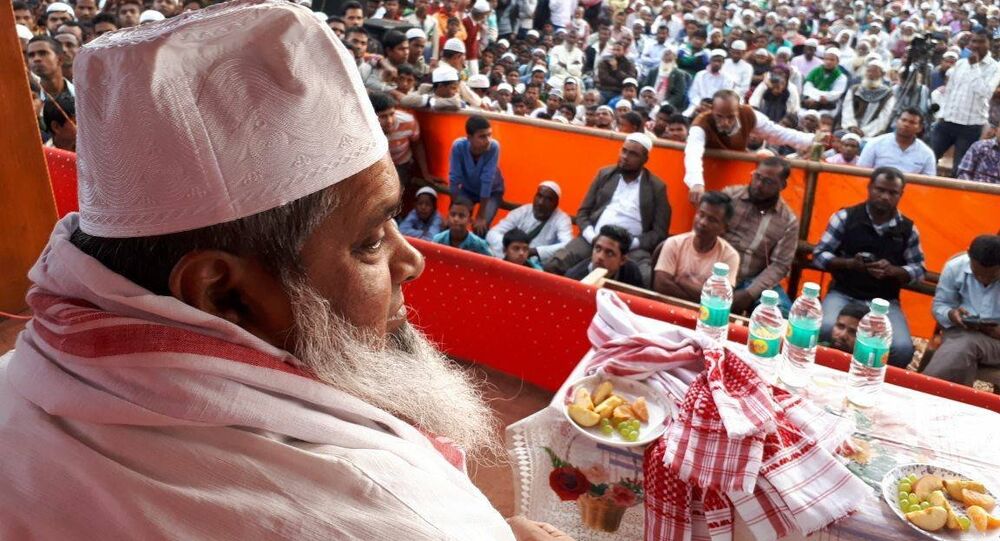 Moulana Badruddin Ajmal, a member of the lower house of India's bicameral parliament, has made a complete U-turn on his media-bashing stance; the lawmaker has insisted he respects the media and apologised to a journalist who he threatened on Wednesday.

In a video which has gone viral, prominent Islamic scholar and politician from the state of Assam, Moulana Badruddin Ajmal, is seen abusing a journalist, and even threatens to "smash" his head.

Ajmal, who serves as the leader of the All India United Democratic Front (AIUDF) and holds the equivalent of a master's degree in Islamic Theology and Arabic, later issued an apology.

In the wake of widespread criticism over his shocking behavior, Moulana Badruddin Ajmal tweeted an apology.

The threat triggered backlash, and Indian media swiftly threatened to file a police complaint against the politician.

The Digital Media Journalist Association of Assam (DiMJAA) has said it intends to file a First Information Report (FIR) against Ajmal. Journalists and media staff from the Dispur Press Club also protested and wore black badges on Thursday.

Guwahati: United Television Media Association holds protest against AIUDF Chief Badruddin Ajmal who yesterday threatened to smash head of a journalist who asked him if he'll ally with Congress or BJP in future pic.twitter.com/rLnopLmmGp