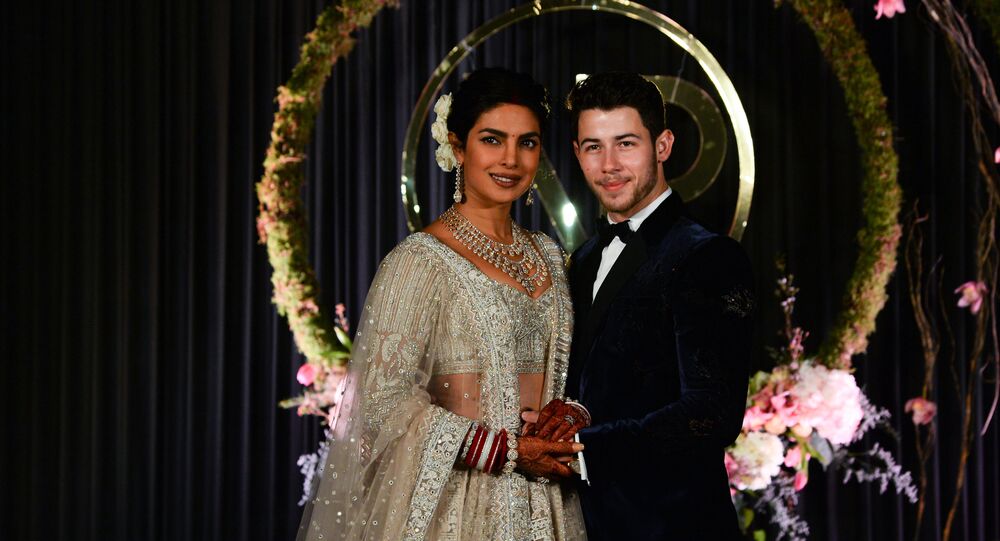 Bollywood's Priyanka Chopra on her Instagram gave a sneak-peek into the possibility of the celebrity making it to The Simpsons. She recently married her 10-year-younger beau, American Singer and actor Nick Jonas, on 3 December.

Instagram is seeing hectic activity this Christmas. India's very own Priyanka Chopra and her husband Nick Jonas now have their own Simpsons-style characters and the fans and followers on the social media platform can't help going gaga over it.

So far, the Simpsons avatar of the celebrity couple is an internet phenomenon — a Simpsons episode on Pri-Jonas is not confirmed as yet — but this has not stopped the fans from letting their imagination go wild, with many of them considering this to be a "sneak peek" into a possible Priyanka-Jonas wedding episode making it to The Simpsons.

Notwithstanding that the PC-Jonas travel into The Simpsons universe is still merely a possibility, the reactions on social media is a "mad pleasurable helter-skelter" one:

While there were some who felt the marriage of Priyanka with Nick is being blown over the top;

​Fondly called PeeCee by her fans, Priyanka Chopra has made it as the biggest female movie star from India. Having acted in more than 55 films, her acting portfolio is very diverse. She was the superwoman in Krrish, a mentally challenged person in Barfi, an agent in the FBI-based Quantico series, and a former Miss World winner.

Priyanka made headlines in the US when she starred in the popular American TV series "Quantico" and the Hollywood film "Baywatch".