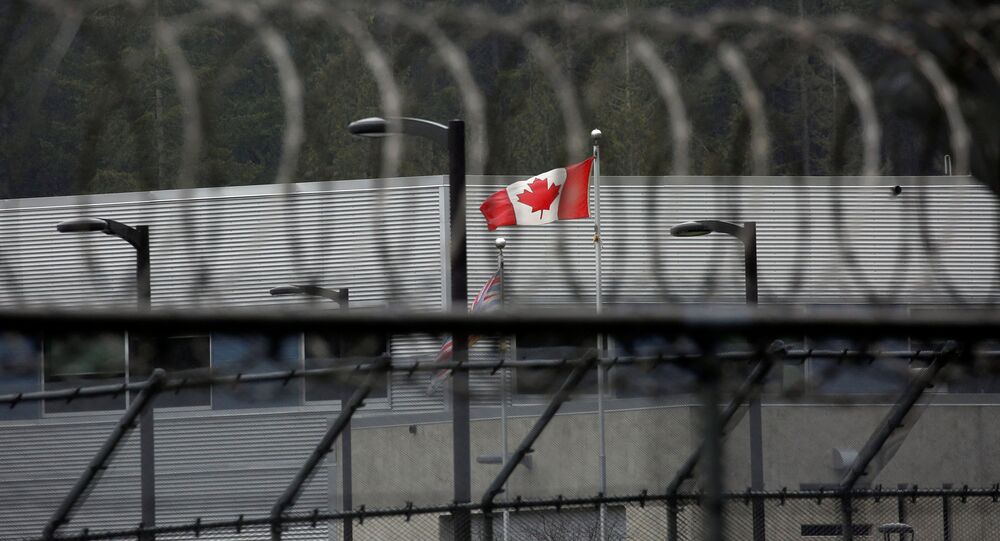 After the arrest of Chinese citizen Meng Wanzhou, the Chief Financial Officer of Huawei, who was accused of allegedly violating the US sanctions on Iran, by Canadian authorities, China detained three Canadian citizens, who were charged with lawbreaking activities.

Chrystia Freeland, Canadian Minister of Foreign Affairs on December 21 issued a statement, where she called on China to release two Canadian citizens detained earlier this month, noting that such a move by Beijing would comply with the rule of law, which as she says is "not a choice".

"We are deeply concerned by the arbitrary detention by Chinese authorities of two Canadians earlier this month and call for their immediate release", Freeland's statement reads.

© CC0
Huawei Exec Row: Canada Faces Reputational Blow With Subservience to US – PhD
While addressing China's "arbitrary detention" of the Canadians, Chrystia Freeland praised all of those, who "have spoken recently in support of the rule of law as fundamental to free societies".

"We share with our partners the conviction that the rule of law is not a choice: it is the bedrock of democracy. Canada will not compromise nor politicize the rule of law and due process. Canada is a country governed by the rule of law. Canada is conducting a fair, unbiased and transparent legal proceeding with respect to Meng Wanzhou, Huawei's Chief Financial Officer", the Canadian MFA's statement reads.

Chinese officials so far haven't responded to the Canadian demands.

Earlier Canadian authorities arrested Huawei Chief Financial Officer Meng Wanzhou at the request of the US, which accused the latter of committing fraud in breach of US anti-Iranian sanctions.  The Chinese embassy in Ottawa as a response to the "unprecedented" and "absolutely scandalous" arrest issued the following statement.

"At the request of the US side, the Canadian side arrested a Chinese citizen not violating any American or Canadian law. The Chinese side firmly opposes and strongly protests such kinds of actions, which have seriously harmed the human rights of the victim. The Chinese side has lodged stern representations with the US and Canadian side, and urged them to immediately correct the wrongdoing and restore the personal freedom of Ms Meng Wanzhou", the statement by the Chinese embassy in Ottawa reads.

© REUTERS / Alexander Bibik
Meng's Arrest: Journo Explains Why China Retaliated Against Canada, Not Trump
The arrest of Meng Wanzhou comes amid a US-China trade war and a row over the Chinese firm Huawei's products in particular, which were banned from being used by US government agencies.
...
Reddit
Google+
Blogger
Pinterest
StumbleUpon
Telegram
WhatsApp
224