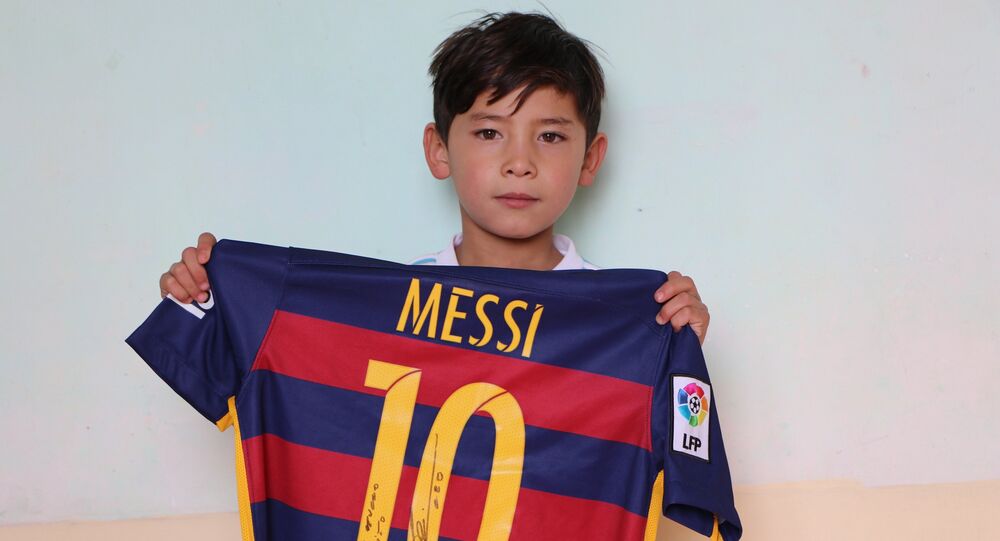 In 2016, pictures of 5-year old Murtaza, who’d crafted a Messi t-shirt out of a plastic bag, grabbed world headlines. The football superstar later met him and presented him with a signed t-shirt. Due to the widespread attention, young Messi and his family have faced many problems. They are now living in a refugee camp in Kabul.

The threat was so serious that the boy's family didn't even take the t-shirt with Messi's signature or the footballer's present. According to the boy's uncle, these things were delivered to them only after they'd fled.

Shafiqa, the boy's mother,  has told Sputnik that not only the Taliban* but some other unknown people have come to their home and tried to extort the money that the football star had given to the boy.

© Sputnik
Taliban Hunting for Young Afghan Messi and His Family

"It was very hard for us to live in Jaghori (Ghazni Province). When Murtaza became world famous, there wasn't a single place where we could safely appear. Neither Murtaza, nor my other children could go to school safely. At night, some people were hanging around our home, so we couldn't go outside. When the Taliban attacked Jaghori, it became even more dangerous for us to stay there", Shafiqa said.

Even now, in Kabul, young Messi and his family don't leave their house.

The boy's mother hopes that someday Messi will help their family again and they will be able to live in peace.

Afghan Messi's last words were: "I love Messi very much. He told me to play football, like him".