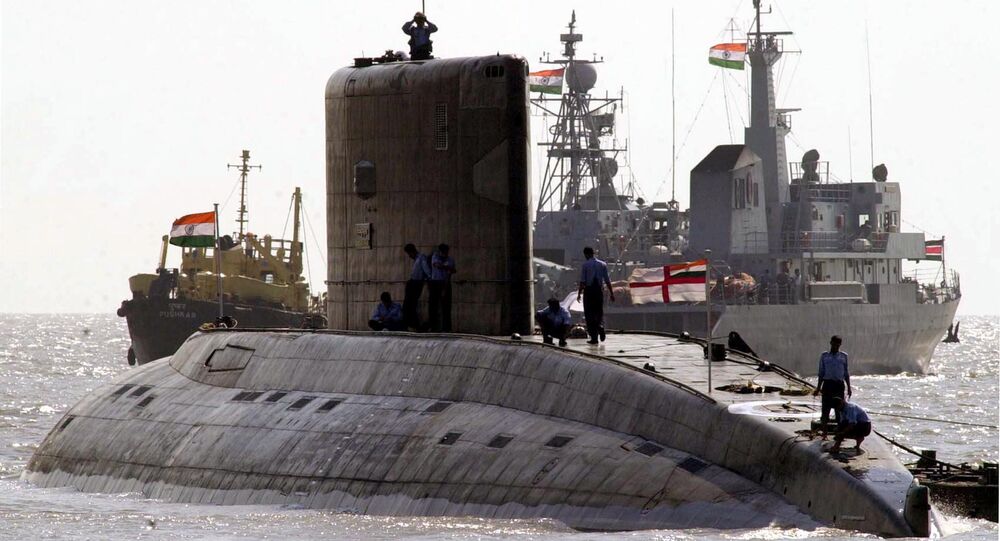 Joining the elite club of nations, the Indian Navy has commissioned its first deep submergence rescue vehicle (DSRV) along with associated equipment- built by the UK’s James Fisher & Sons.

New Delhi (Sputnik): The vessel was commissioned at the naval dockyard in Mumbai on Wednesday morning by the Indian Navy chief Admiral Sunil Lanba after the western naval command successfully concluded the maiden trials of the DSRV, which has ushered in a niche capability of submarine rescue into the Navy. The second DSRV will be inducted at Visakhapatnam, the Navy's other submarine base on the eastern seaboard, in 2019.

Wikipedia
India Has Made Up Its Mind to Lease Akula Class Nuke Sub From Russia - Reports
The DSRV is capable of diving over 666 meters, the Remote Operations Vehicle (ROV) dives to 750 meters and the side scan sonar dives to 650 meters. To ensure early mobilization, the system has been procured in a flyaway configuration which permits rapid transportation of the rescue system from the base to the exact location of the distressed submarine by transportation using air/land/sea vessels.

The Indian Navy which currently has 15 submarines, most of which are over two decades old, has been grappling with rudimentary submarine rescue capabilities comprising rescue "bells", which are containers that can be lowered to the submarine in distress up to a maximum of 150 metres and which the Navy can only operate from its diving support ship, the INS Nireekshak.

In 2013 and 2014, the Indian Navy lost two of its "Kilo" class submarine — INS Sindhurakshak and INS Sindhuratna with a large number of sailors on board. The accidents had prompted the then Navy Chief Admiral DK Joshi to relinquish his post.

India Requests Purchase of 24 Anti-Submarine Helicopters From US - Reports