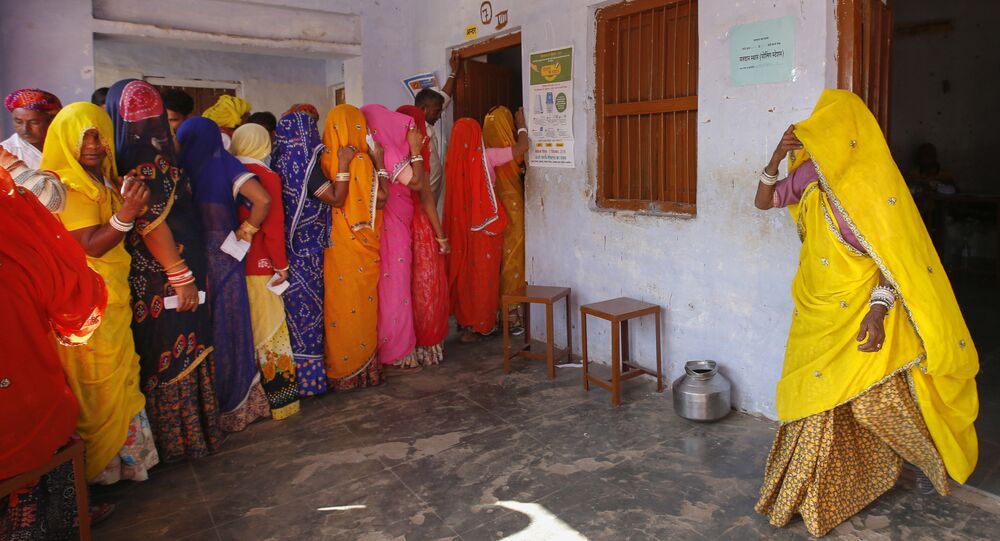 The Bharatiya Janta Party (BJP) has suffered a huge setback since it has lost all five states that recently went to the polls to elect new legislative assemblies. The setback has presented a major challenge to the party that currently holds the reins at the centre and is seeking a second term in the general elections due in April next year.

New Delhi (Sputnik) — The Indian National Congress led by Rahul Gandhi has managed to wrest power from Prime Minister Narendra Modi's Bharatiya Janta Party (BJP) in three of the five Indian states that went to polls recently. In Chhatisgarh and Madhya Pradesh, the Congress gained a clear majority with 63/90 and 116/230 seats respectively.

In Rajasthan, it was a close contest with Congress getting 95 and BJP retaining 81 seats, but leaving enough room for Congress to cobble up an alliance with the other parties that hold the remaining 24 seats. In Mizoram and Telangana, the BJP has won only one seat each.

The Election Commission of India will be making a declaration of the results shortly.

Reacting sharply to the ruling alliance's setback and construing it as a vote against the economic reforms, the market crashed heavily in the opening session on Tuesday morning.

On Monday, the Bombay Stock Exchange (BSE) fell 700 points with investors' confidence shaken by the exit polls predicting poor results for the BJP as well as the sudden resignation of the governor of the Reserve Bank of India in what was seen as a manifestation of his disillusionment with the reforms undertaken by the Narendra Modi-led government.