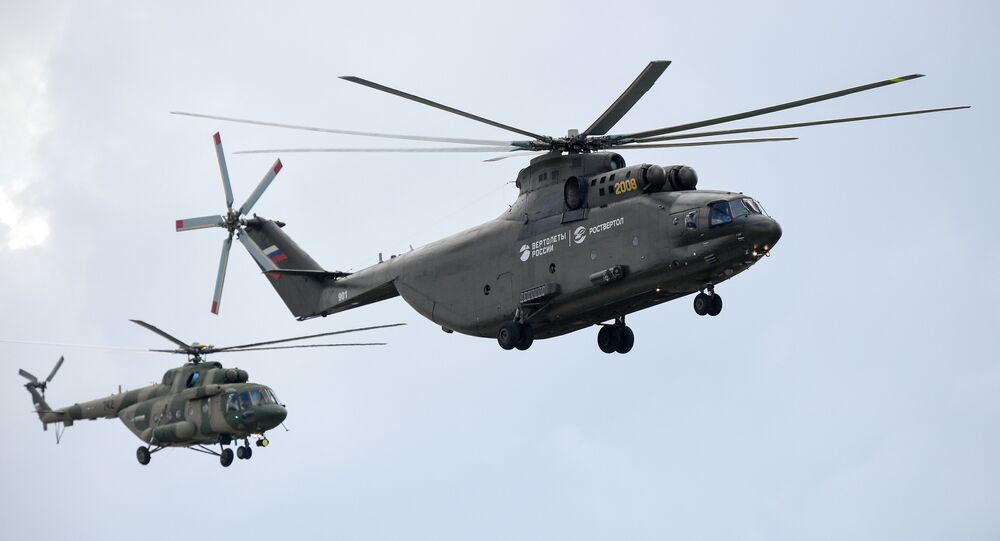 While many countries, such as India, Turkey and Indonesia have decided to stick to their Russian arms deals despite the threat of sanctions under the US CAATSA, some states have decided to play it safe and avoid ending up in the Treasury Department's blacklist.

Philippine Defence Secretary Delfin Lorenzana announced that the country has decided to buy 16 Black Hawk helicopters from the US over the cheaper Russian Mi-171s, citing the threat of falling under US sanctions under CAATSA. The contract with Sikorsky Aircraft Corp, producing Black Hawks will cost the Philippine budget $240 million.

The Philippines planned to buy Bell 412 helicopters from Canada, but the deal was scrapped by its government over concerns that Manilla could use them against local rebels. In total, the Philippines examined 4 other options, including South Korea's Surion and British-Italian AgustaWestland's AW139.

READ MORE: Indonesia to Stick to Su-35 Deal With Russia Despite Looming US Sanctions

The Countering America's Adversaries Through Sanctions Act (CAATSA), which was signed in August 2017, targets Russian military exports, threatening to impose secondary sanctions against countries that acquire Russian military hardware. Despite this, several countries have decided to stick to their arms agreements with Russia, including Turkey and India, willing to buy the S-400, and Indonesia signing a $1.154 billion contract for 11 Su-35 jet fighters.

Turkey Should Choose Between Russia and the West, Scrap S-400 Deal – US Senator