At least three people have been killed in a suicide car bomb attack in Iran's Chabahar on Thursday.

New Delhi (Sputnik): India has strongly condemned the terror attack which occurred in Iranian port city of Chabahar killing three, including two policemen and injuring more than a dozen.

"India strongly condemns today's despicable terrorist attack in Chabahar, Iran. We express our condolences to the Government and the people of Iran and the families of the victims of this attack.  We wish a speedy recovery to those injured. The perpetrators behind this dastardly attack should be brought to justice expeditiously.  There can be no justification for any act of terror, " Indian Ministry of External Affairs said in a statement. 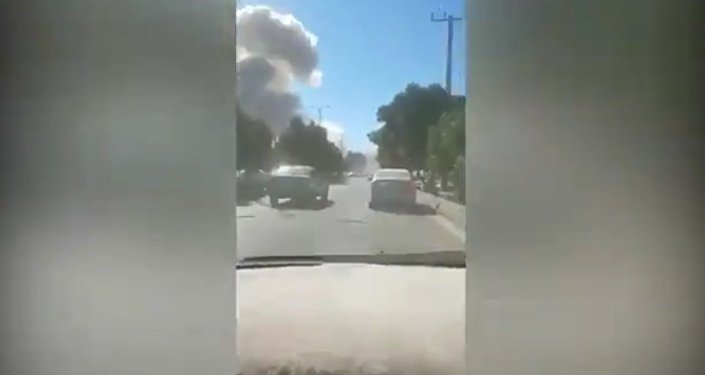 © Photo : @yjcagency/twitter
WATCH Plumes of Smoke Rise Over Iranian City of Chabahar After Blast
The Governor of Sistan and Balochistan province, Rahmdel Bamari told media that a vehicle laden with explosives targeted the Chabahar police headquarters.

No one has claimed the responsibility for the attack so far.

Chahbahar is located in the Sistan and Balochistan province of Iran close to the Pakistani border.

Chabahar Port is considered as a counter to Pakistan's Gwadar port, which China is developing as a part of the China-Pakistan Economic Corridor.