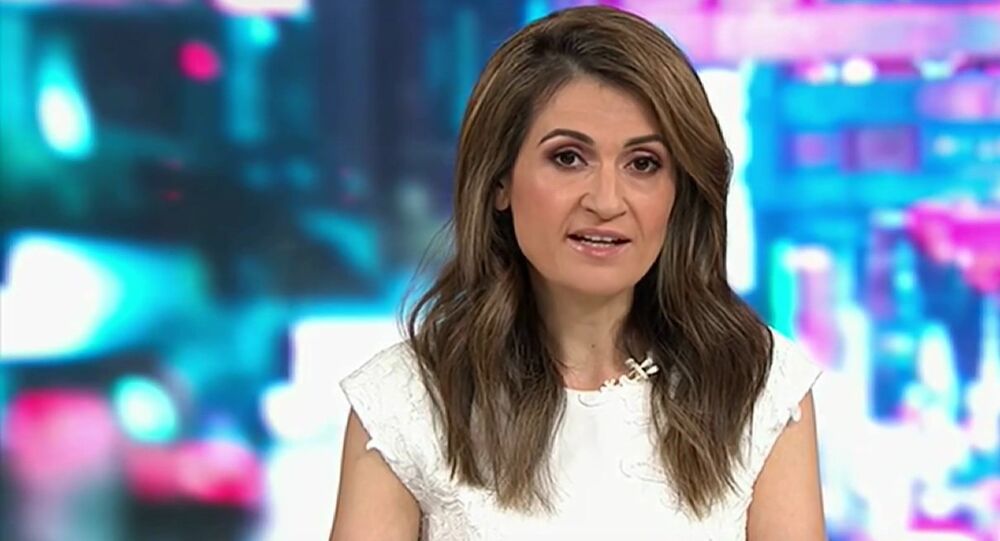 Journalist 'Frogmarched' Out of Australian Parl't for Exposing 'Too Much Skin'

Showing skin is a no-no in the lower chamber of Australian parliament, the rules of conduct say. However, a recent incident in which a prominent reporter was walked out of the press gallery stirred public outcry, with some lawmakers claiming that the dress code is out of tune with today's reality.

ABC reporter Patricia Karvelas was forced to leave the press gallery during a Question Time session at Australian parliament in Canberra on Monday. The journalist shared a photo of her short-sleeve blouse which ostensibly violated the strict parliamentary dress code.

I have just been kicked out of #QT because you can allegedly see too much skin. His insane #Auspol pic.twitter.com/51KipESXlG

This is my controversial outfit #auspol pic.twitter.com/8Ve0ZTYEtl

Karvelas added that she offered no resistance to her removal from the chamber, insisting that these rules were outdated. "I politely put my case that these are short sleeves. I left when the attendant insisted. I think the rule is out of step with contemporary standards," she said.

ABC's @PatsKarvelas explains why she was frogmarched out of Question Time today #QT #auspol pic.twitter.com/CkFqRtI69I

According to the rules of dress and conduct in the House of Representatives, women are required to wear a jacket. "The standards should involve good trousers, a jacket, collar and tie for men and a similar standard of formality for women."

However, some pointed out that Patricia Karvelas was not the first woman to wear a short-sleeved top in the chamber — with the list of "wrongdoers" including the country's former minister of foreign affairs.

The Labor Party asked Speaker Tony Smith to look into the matter, while a handful of journalists and lawmakers jumped to the journo's defence.

Senator Sarah Hanson-Young called the dress code "clearly antiquated" and called for their change. Moreover, the deputy leader of The Greens party said that his attempt to waive the short-sleeve ban failed last year.

I tried to get this ridiculous 'bare arms' rule changed last year. Sadly, it didn't succeed then. I hope this time things are different. pic.twitter.com/HKpfOLDtoM

Who's That Pokemon? Australian Golden Possum With Mutation Named After 'Pikachu'