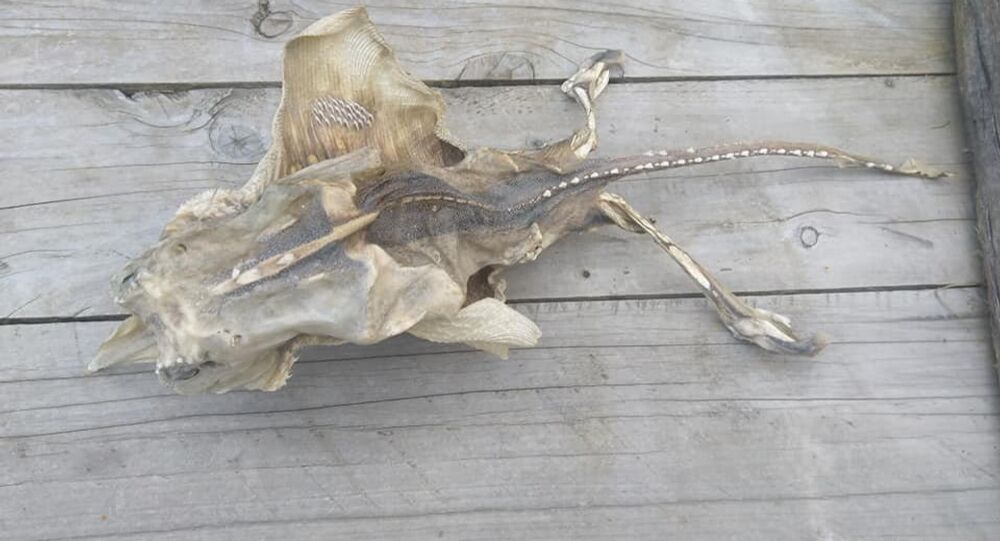 It's a skate! No, it's an elephant shark! Or did it come from outer space? Whatever it is, a bizarre creature has washed up on a beach in New Zealand, leaving locals scratching their heads over its origin.

Hanna Mary, a resident of Canterbury in New Zealand's South Island, has shared a pic of a decomposed fish-like critter with piercing hooks and sharp fangs she found on a beach at a camping ground after a sea storm.

"My first thought was that it was something alien, but I was more fascinated than anything," Hanna told the New Zealand Herald.

She enlisted the help of a taxidermist but he was just as baffled with the puzzle of the decaying white skeleton. Then, forensic-minded Facebook users came to the rescue to help her identify the creature. The most popular guess was that it belonged to a deep-sea fish, particularly to a skate or to an elephant shark, an unusual species related to common sharks which lives off the coast of New Zealand.

Extraterrestrial or Seaborne? Mysterious Object Washes Onto US Beach (PHOTO)