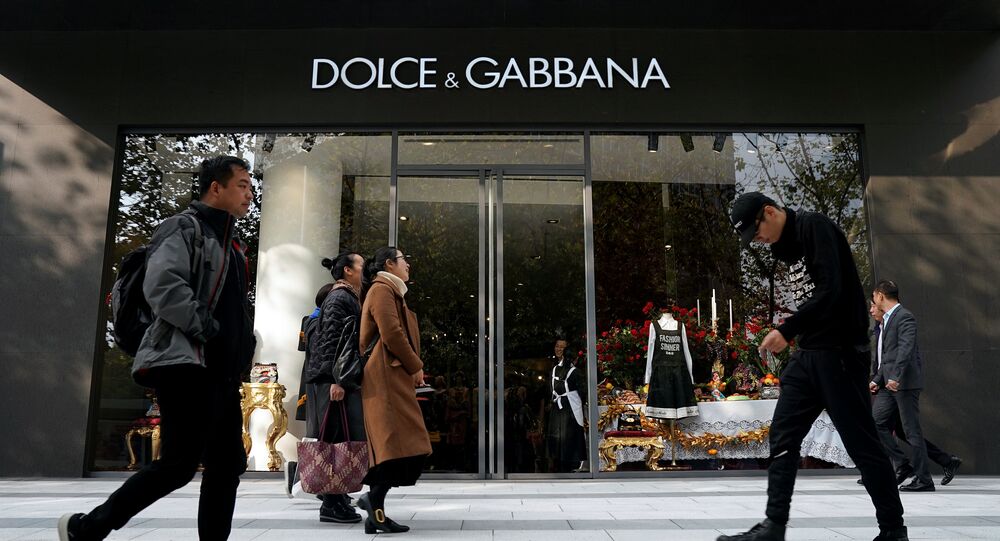 The Italian fashion brand has to deal with a boycott and even protests in the world’s biggest luxury market over its recent promo and allegations of comments attributed to its co-founder Stefano Gabbana. In an inflammatory Instagram exchange, the designers reportedly labelled China a 'country of sh*t' and 'ignorant dirty smelling mafia'.

Domenico Dolce and Stefano Gabbana have attempted to handle a PR crisis, impacting the D&G positions in the Chinese fashion industry, with a video apology. The co-founders of the posh house addressed the scandal, praising China and begging their customers from this country for forgiveness. They concluded the clip, posted on the local social network Weibo and YouTube, by saying “Sorry” in Chinese.

However, not everyone seemed to buy their remorse.

it is a sham apology, we don't need it, just get out of China, 😀 pic.twitter.com/XZDGvk8FaZ

Stefano said he was hacked but now he is apologizing…. LMAO please 💀 pic.twitter.com/hUjVulqBmJ

​Earlier this week, Stefano Gabbana labelled China a 'country of sh*t' with a 'ignorant dirty smelling mafia' in an Instagram exchange with a Chinese blogger, apparently over a series of D&G promotional clips. The videos featured an Asian model using chopsticks to eat Italian dishes like pizza, spaghetti, and pastry, which some regarded as disrespectful and degrading.

Screenshots of his insulting comments were circulated online in China, sparking a backlash, although the designer claimed that his account had been hacked and said he was sorry for what had happened.

The uproar forced the company to postpone its high-profile Shanghai fashion show, scheduled for November 21, when Chinese A-listers refused to attend the Shanghai extravaganza. Several major Chinese online shopping sites shelved D&G items. Edward Gu, CEO of modelling platform Talentreet, has even staged a one-man protest against the Italian luxury fashion house. A video posted by Malaysian tabloid The Star shows Gu pasting "Not Me" stickers on a display window in Shanghai in a nod to “I’ve been hacked” claims by Stefano Gabbana.