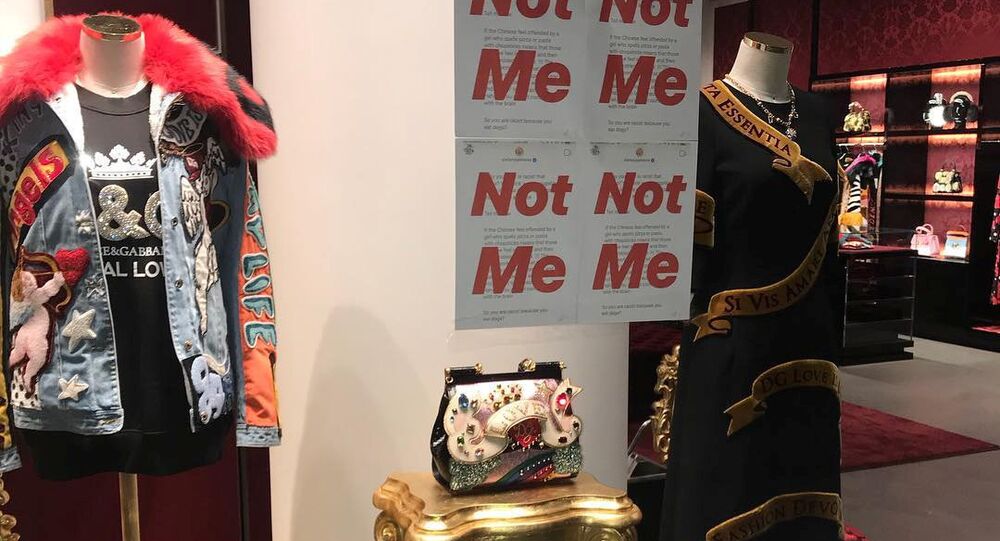 As Chinese celebrities and e-shopping platforms have boycotted Dolce & Gabbana amid a racism scandal, the backlash against the brand continues to take over the Chinese fashion industry.

A video posted by Malaysian tabloid The Star shows Gu pasting "Not Me" stickers on a display window in Shanghai in a nod to claims by Stefano Gabbana that his account was hacked and it was not him who posted the controversial comments about China.

"I believe that this kind of brand does not deserve our respect," the protester said, as quoted.

Earlier this week, D&G cofounder Stefano Gabbana labelled China a 'country of sh*t' and 'ignorant dirty smelling mafia' in an inflammatory Instagram exchange. Screenshots of his insulting comments were circulated online, sparking a backlash in China and forcing the company to postpone its high-profile Shanghai fashion show scheduled for Wednesday.

Both D&G and Stefano Gabbana issued apologies for the remarks, claiming that their Instagram accounts were hacked. Gabbana published one of the screenshots, having written "Not Me" in bold all over the pic.

The designer apparently made the comments in response to the controversy that emerged after D&G posted a series of promotional clips for the show, which featured an Asian model using chopsticks to eat Italian dishes like pizza, spaghetti, and pastry.